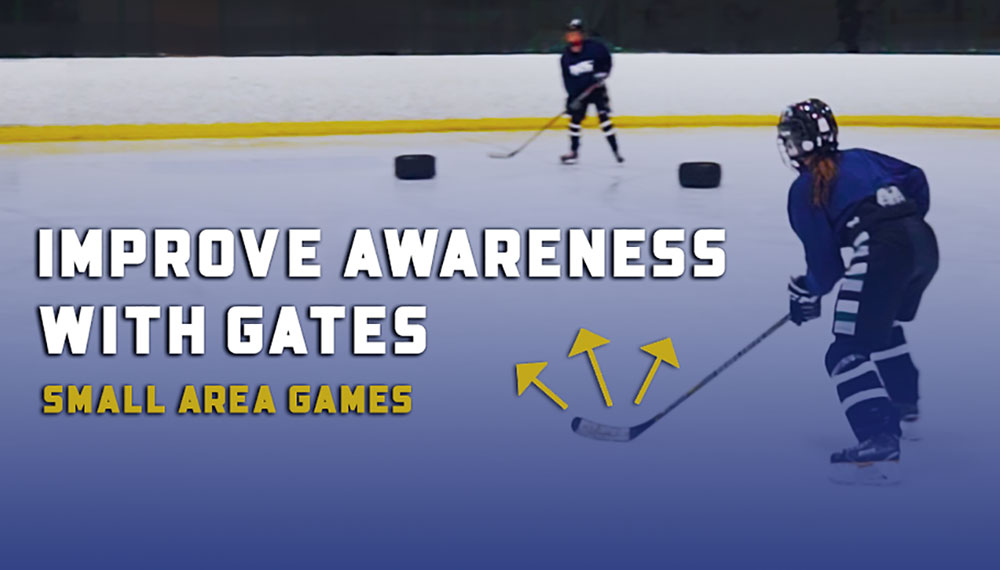 POP QUIZ: Think about the current state of your team. If you blew the whistle during any game would your players be able to answer these questions:

Below we dive into 5 simple, yet highly effective games that use "Gates" to help players practice playing with their head up.

The games forces players to constantly keep their head up and scan the ice, to look for their teammates and the gates, which will improve their hockey awareness.

These games are great for all age and skill levels. The games can be modified to be easier or tougher depending on your team's skill level. For example, the smaller the Gate, the harder it is to score! At the bottom of this post we will dive into more variations, but for now, let's get to the games!

Objective: The goal of the Gates of Buffalo Passing Game is to pass the puck through the gates as many times as possible before time runs out. You can not pass through the game gate twice in a row! Keep score and challenge groups to compete for the highest score! We would suggest to start with this gates passing exercise first (Game # 1), before moving onto the 3 vs 3 situation (Game # 2 below). You can play with 3, 4, or 5 players at time.

Objective: The goal of the Gates of Buffalo 3 on 3 Game is for each team to pass the puck through the gates as many times as possible before time runs out. You can not pass through the game gate twice in a row! Keep score! You can also play 2 vs 2, 4 vs 4 and 5 vs 5. 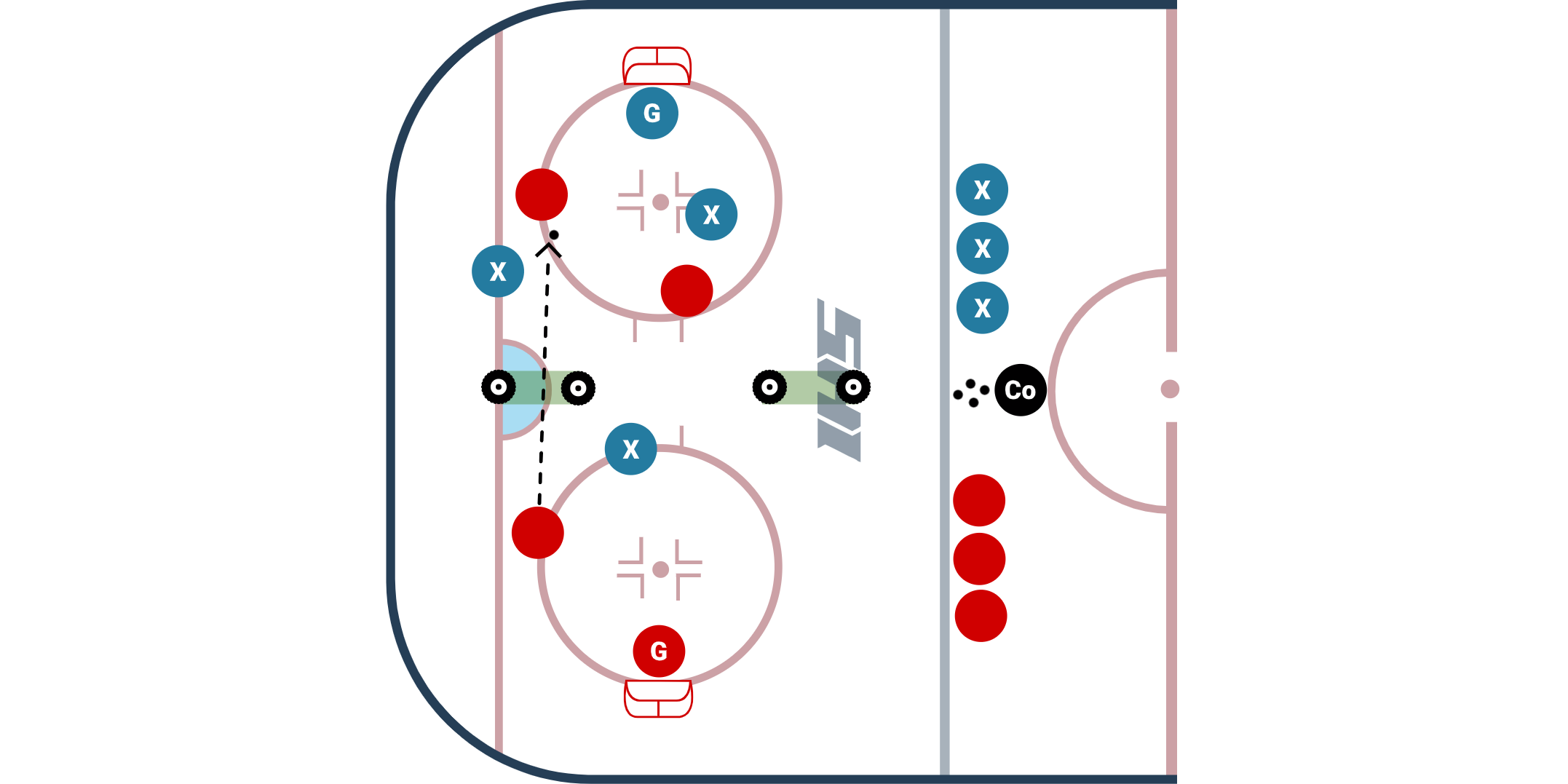 Objective: The Double Goals Game is a fun and competitive 3 vs. 3 small area game that allows players to score goals by passing through the gates, or scoring on a goalie. A pass through the gate counts as 1 point (players can't pass through the same gate twice in a row) and a goal on the goalie counts as 3 points. The two options to score goals forces players to be creative and pick their heads up to be aware of their surroundings. Can be modified to be 2v2, 3v3, or 4v4.

Question for the coaches: How else can you use gates in drills or games to require your players to keep their head up and make a pass? The four games above are simple examples but this concept can be built upon with additional creativity from the coaches!

How to Further Develop Awareness

If your players get comfortable with playing Gates, continue to encourage them to play with their head up at all times. Whether it is a scrimmage, a drill, or a small area game, it is important to drive home that players should be practicing with their head up. Yes, at the beginning players will lose the puck while they are stickhandling with their head up, but over time they will get better at using their peripheral vision. We have a blog post that dives into How To Help Players Practice Playing With Their Head Up.

Below are 4 additional activities that will help players develop awareness and jump to open space: