The hockey power play is when one team receives a penalty and it results in the penalized team having to play short handed for a minimum of two minutes, sometimes longer. The penalized team has 1 penalty they have to play with four players against the other team's five players, known as a 5 on 4 power play. If a team has multiple penalties they could have to play with three players resulting in a 5 on 3 power play for the other team. An in-depth description of power play can be found here.

Choosing the Right Power Play for Your Team

The most important thing to remember is to put players in positions where they can use their strengths. This is important for in-zone situations and on the breakout. For example if you are running a breakout that is based on speed and good puck movement then you will want to start the breakout with a player that is smart and a good passer and use faster players as swing players. In the offensive zone you will want to position you best shooter in areas of the ice you want to manufacture shots.

Below you will find numerous options for both 5 on 4 and 5 on 3 power plays. There are options for breaking out and setting up in the offensive zone. 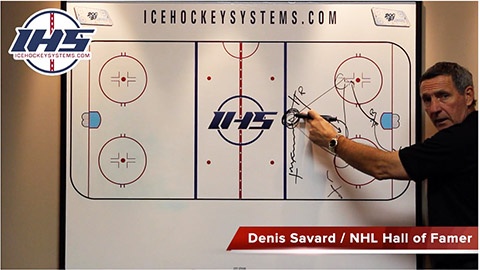 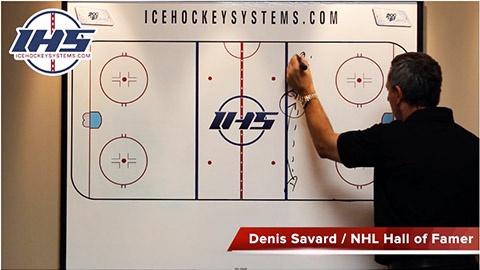 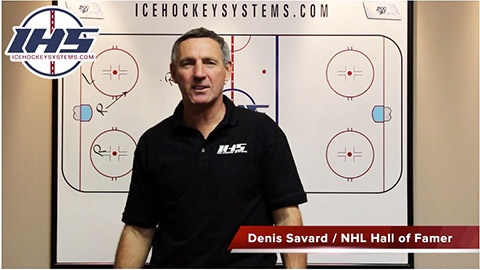 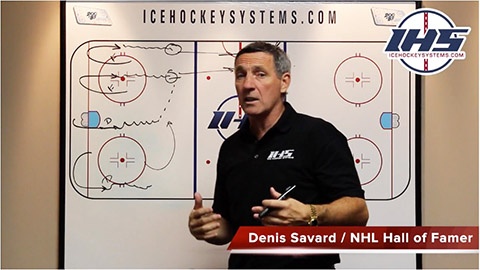 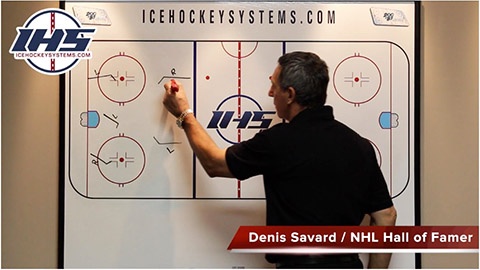 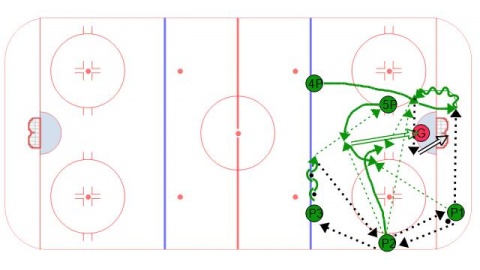 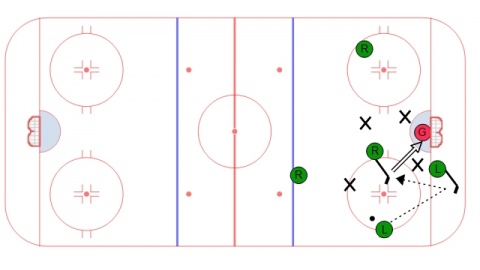 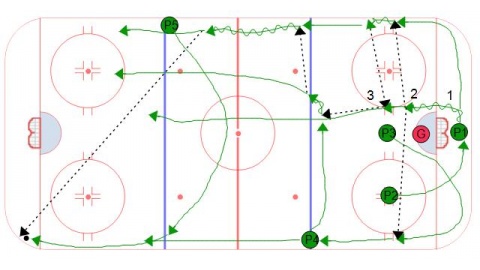 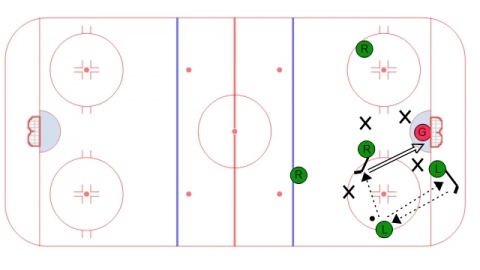 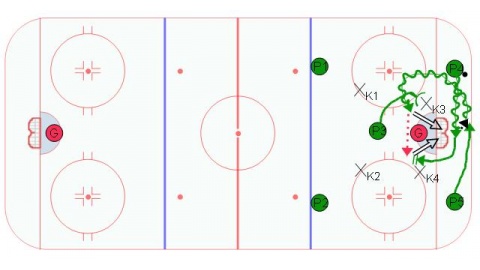 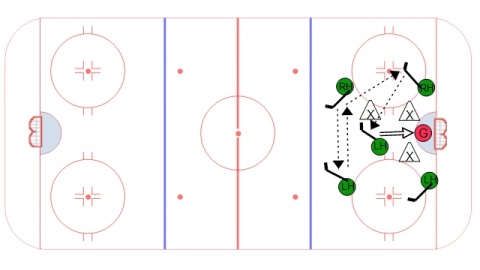 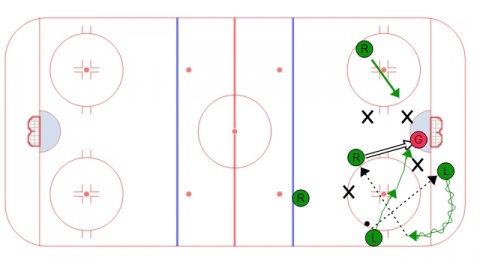 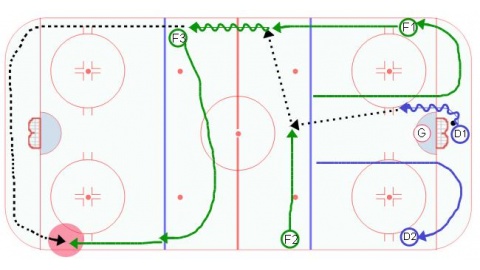 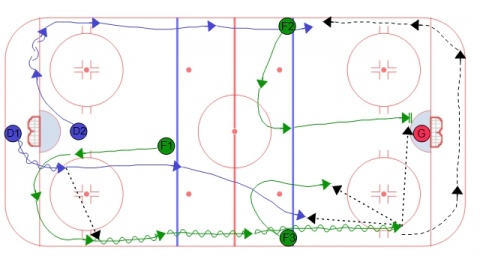 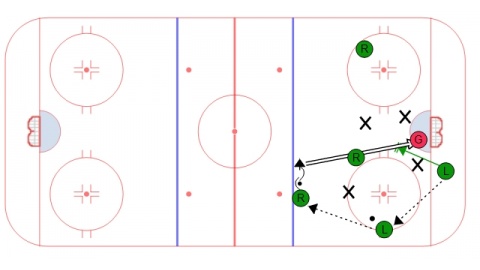 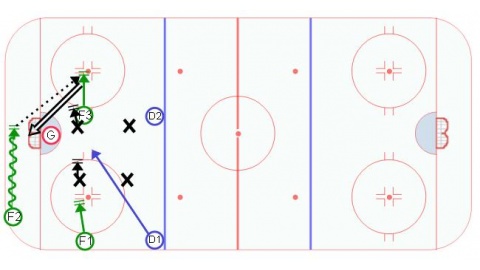 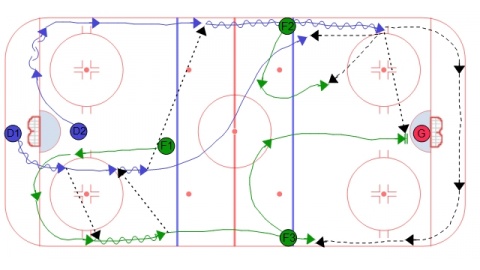 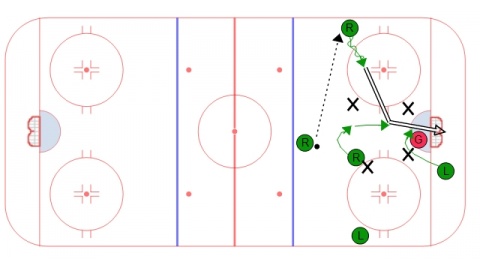 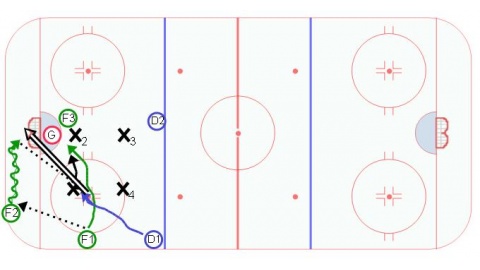 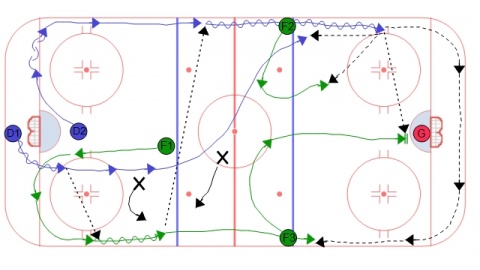 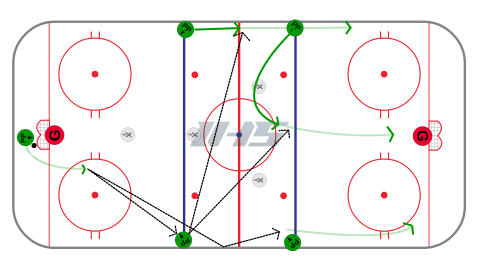 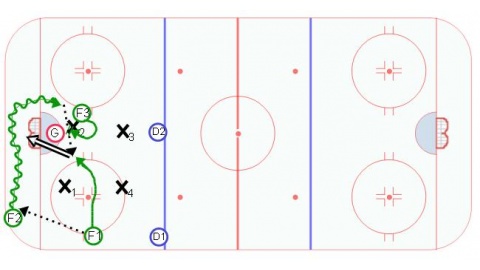 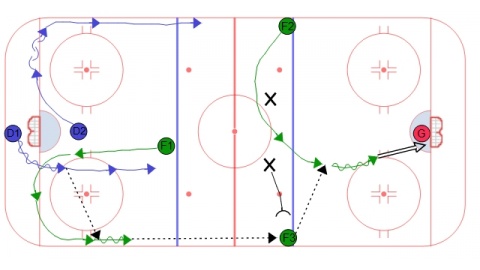 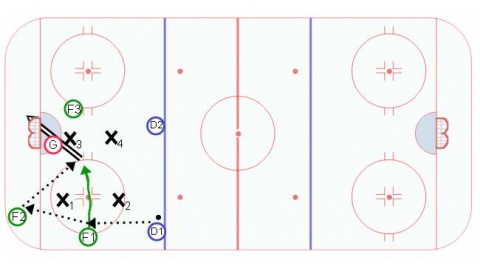 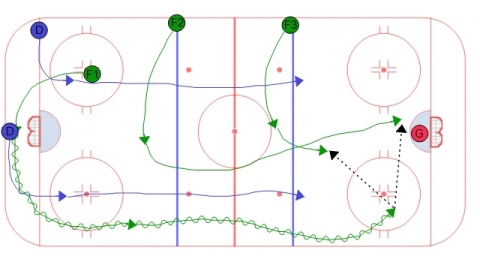 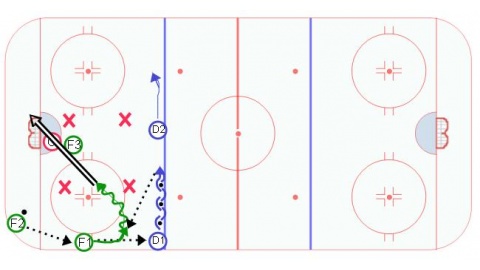 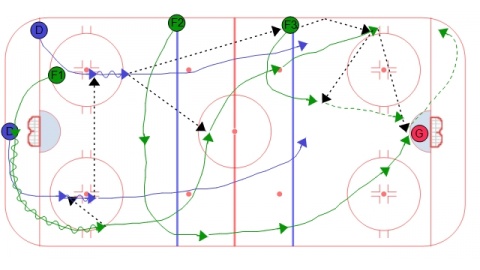 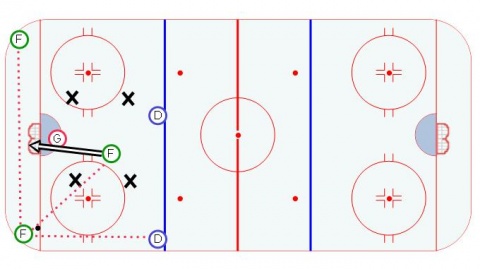 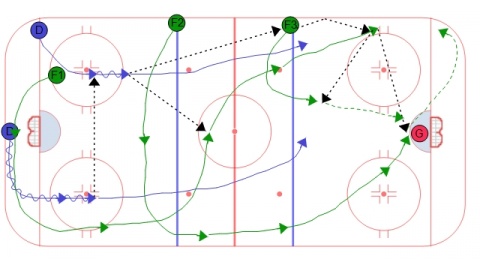 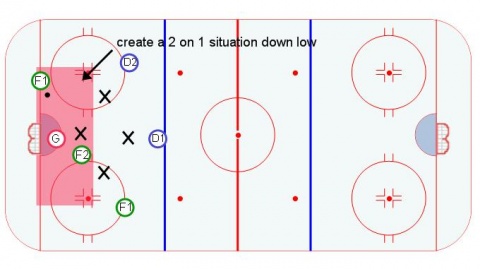 Umbrella vs. Diamond
5 on 4, Power Play