7 Drills That Use Face-Off Circles As Boundaries 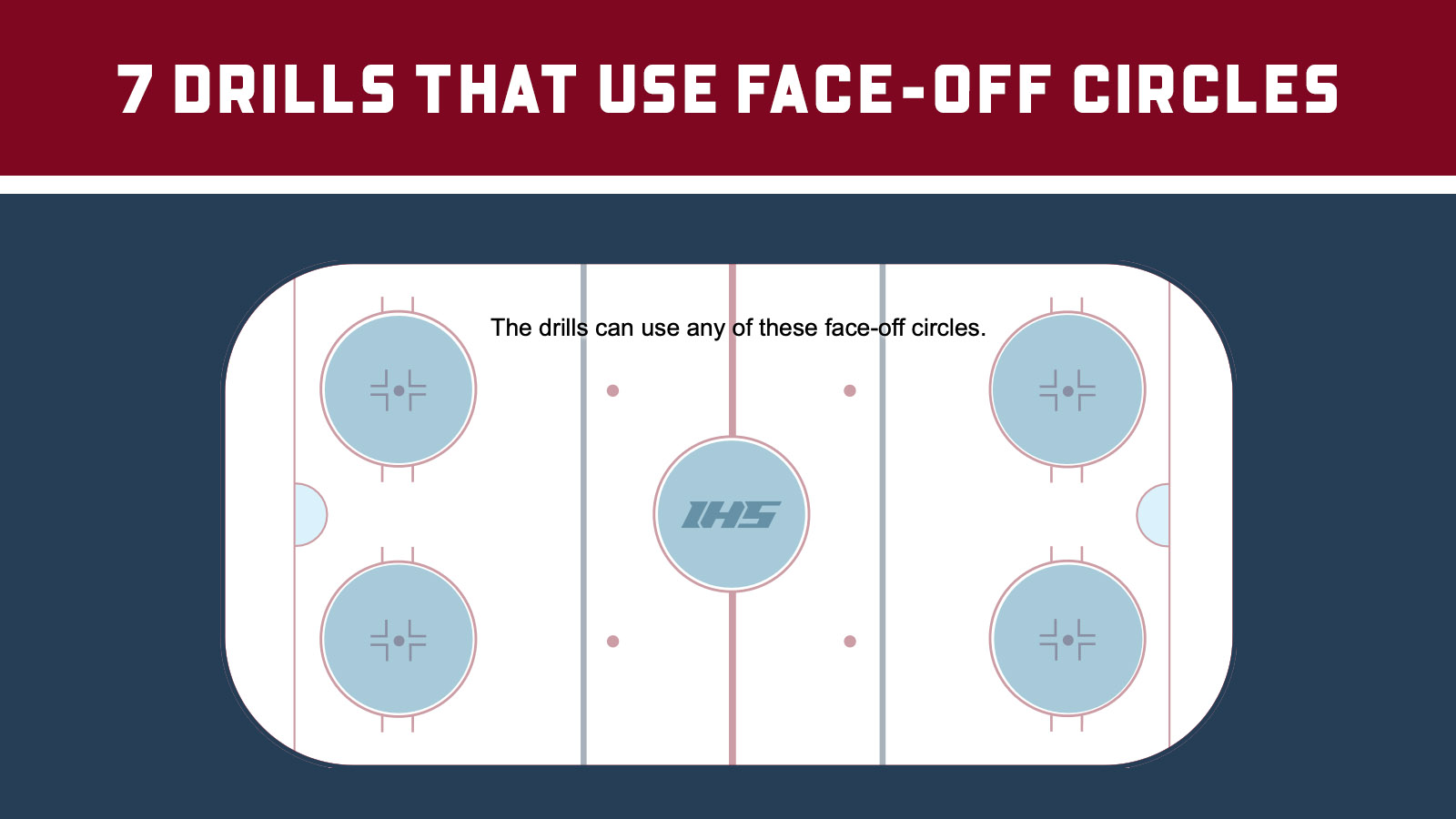 Below we give examples of 7 different hockey drills and small area games that utilize face-off circles as boundaries. No cones, boards or barriers are needed! Use the ideas below and create your own drills with our drawing tool!

The Circle Warm-Up Series is from NewEdge Hockey Development. Utilize the outline of the circle, the hash marks, and face-off dots as markers that players can skate around. Coaches can create a long list of variations with this setup. 10 Variations are shown below.

The 3 v 3 Corner Drill is from Hockey Think Tank. Each team is allowed 1 player that can play inside of the circle. Other players must play on the outside of the circle. Quick passing & quick shots will lead to success in this game. Watch the whiteboard video from Topher Scott, along with a video demonstration below. Keep score!

The Two Pucks 2 v 2 Circle Battle is from Kendall Coyne Schofield. This is a high tempo battle game that requires a high level of compete along with quick decisions in a small space. Keep score!

The Puck Protection Battle drill is from Next Generation HKY. Place 2 players on opposite ends of a circle. 1 Player is a designated puck protection and the other is the defender. The puck protector tries to keep the puck in the circle for as long as possible! View drill details.

On the first whistle of the Heads-Up Stickhandling Station, players in line skate with their puck into the middle of the circle. The players must keep moving and keep their head-up to dodge the other players in a circle until a second whistle blows. On the second whistle, those players skate to the end of the line. Keep the tempo up!

This drill is also called King or Queen of the Hill. Protect your puck while you try to knock out other players pucks from the circle. Last player standing wins! Watch the Colorado Avalanche perform this drill below.

The 7 drills above are just a short glimpse of what can be done with circles as boundaries. Create your own variations of the drills below and draw new drills with our drawing tool!