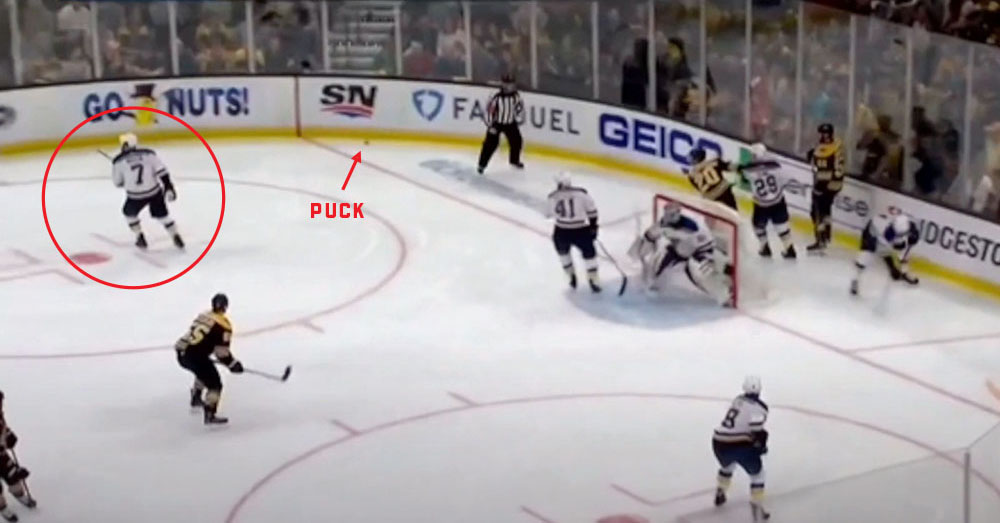 Image # 1: As the puck is rimmed around the boards (you can see the puck in the corner), Pat Maroon looks over his shoulder to see where the defense and what his options are. 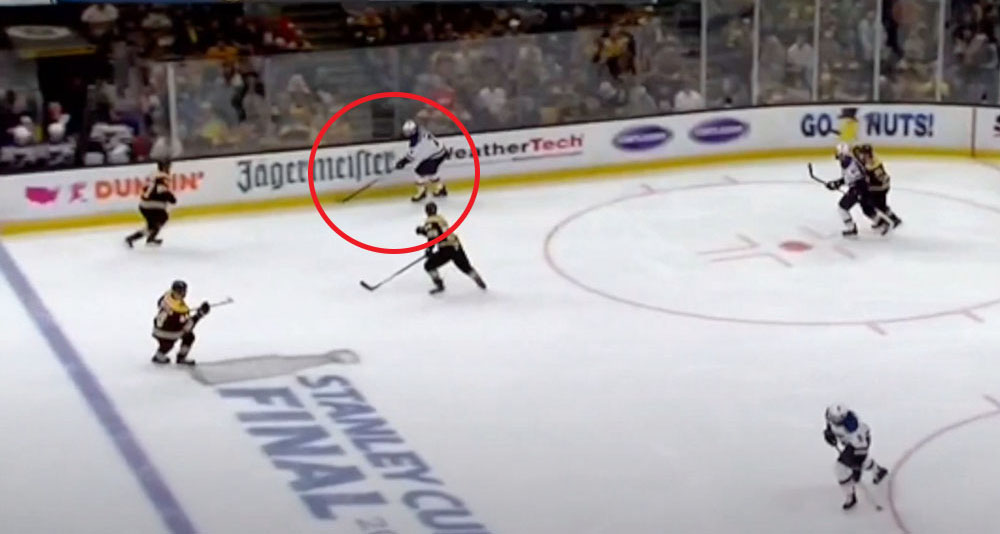 Image # 2: After Maroon catches the puck, he picks his head up again to check out his options. He sees three defenders around him and a wide open winger on the far side. If he didn't have his head up he would have never saw the streaking winger. 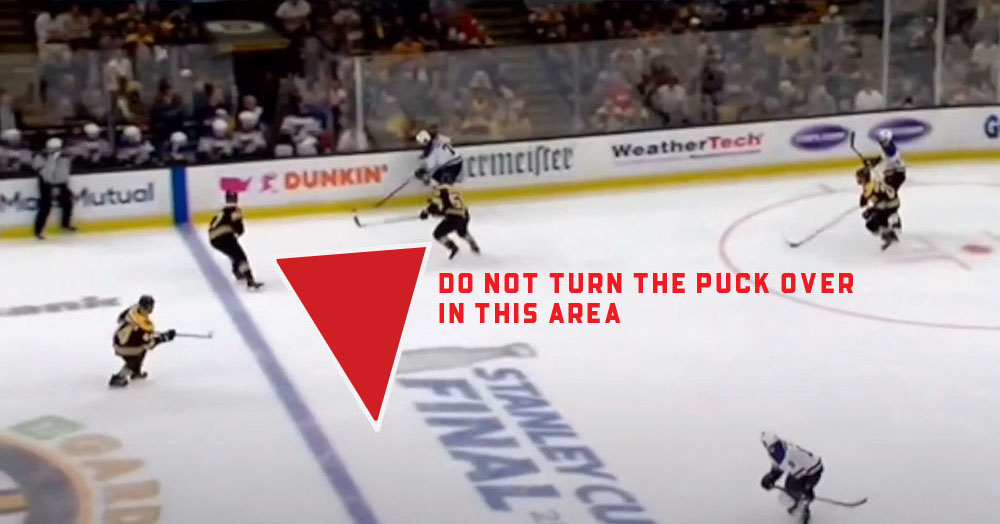 Image # 3: Maroon did not turn the puck over in the danger area (where the red triangle is). If he is unable to make a play he can always chip the puck along the boards and out of their defensive zone. 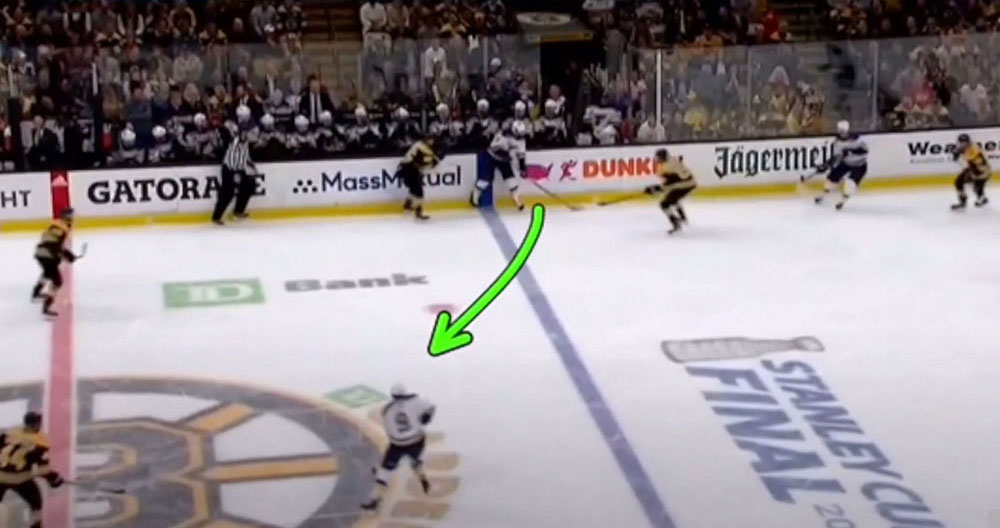 Image # 4: Because Maroon had his head up before he got the puck and after he got the puck, he knew there was a wide-open teammate on the far side. He protected the puck until he was able to make a pass, which allowed the Blues to keep possession and go on the attack.

The Wall Retrieval Station is a great drill to get players comfortable with picking the puck up off of the boards. Coaches can rim the puck or bank it off of the boards to keep the players on their toes. Once they collect the puck they must make a pass before they open up to receive the puck back and get a shot on net.

The Heads Up Breakout Drill is a great drill to reinforce the importance of forwards to shoulder check and keep their head up to make a play. In this setup a forward has to collect a puck off of the boards and then decide to chip it or pass to their winger. Coaches can line up a second defenceman to make the drill finish as a 2 on 1.

The Continuous Rim Drill is a great full ice drill to get players comfortable with picking the puck up along the boards and then looking for a teammate to pass to. As time goes on coaches can add in light pressure or defenders to make the drill more challenging for the forwards. Make sure players are shoulder checking before they pick up the puck!

The Simple Breakout 1 on 1 Drill can be modified where defenders can pass right to the forwards stick, or they can chip the puck off of the boards, or rim it so players have to work on shoulder checking and collecting the puck before they head down on a 1 on 1.

Click to view more breakout drills. If you enjoyed Pat Maroon's video breakdown from Topher Scott, please make sure to subscribe to the Hockey Think Tank Youtube Channel. You can also click the image below to learn more about Topher Scott's Distance Team Building Program.