The skill breakdown dives into the STUTTER STOP STEP, which the illusion of a cutback to escape pressure and create space. It builds off of the Open Hips & Closed Hips skill breakdowns.

For this maneuver you turn BOTH SKATES and begin to execute what looks like a traditional a two-foot hockey stop. However, rather than fully dig your blades into the ice, you quickly release your edges, and use deception, inertia, forward momentum, ankle flexion and, in some cases, energy from the defender to propel in the original direction.

Example # 1: Watch as 87PIT starts to climb, even with the dot line, which gives him ample room to cutback (if he wanted to). As 29COL closes on him at the bottom of the face-off circle, 87PIT turns both feet to the right and slightly digs his left inside edge and right outside edge into the ice and deceptively appears, be doing a starting to CUTBACK….However, 87PIT releases his edges ever so quickly, and uses his forward momentum, and a slight push off the inside edge of his right skate, which is bent at roughly 90 degrees, to continue on his original path and completely fool 29COL. 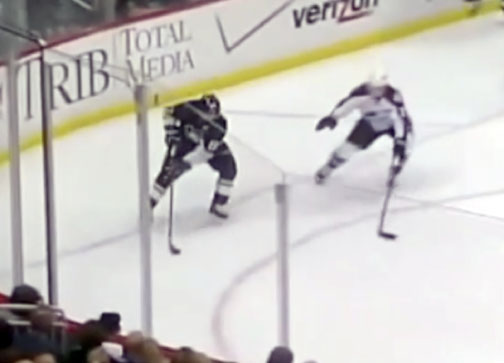 Static Photos illustrate the key moments: 87PIT climbing – gives himself plenty of space off the wall. Protecting puck from 29COL. 87PIT is on his left outside edge and right inside edge and has a good wide balanced stance. 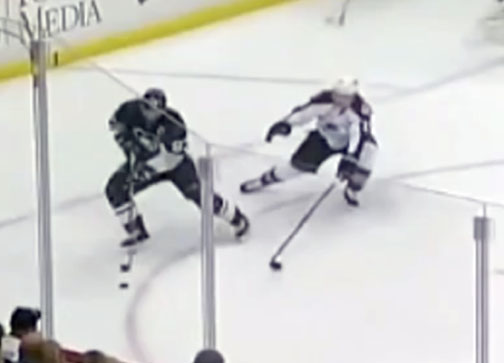 87PIT Stutter-Stops and looks to be turning/cutting back.  He is now on his left inside edge and right outside edge. 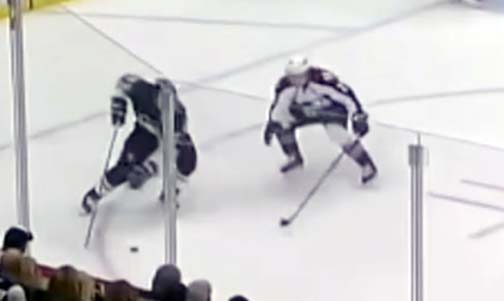 He has completed the stutter-stop-step and is now on his left outside edge and right inside edge. He uses his forward momentum, and a scooter step with is right leg, to escape 29COL. 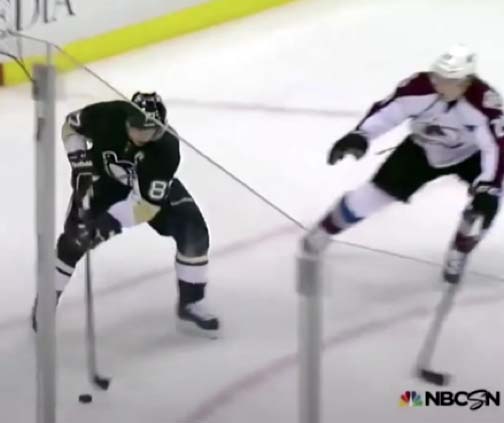 Side note: Watch closely to see how 87PIT DOES NOT stick handle the puck (underhandle) as he is performing the maneuver. It looks like he does, but actually he just leaves the puck and picks it up when he is finished with the move. You can see from these two static photos how he releases the puck below the face-off circle, and then does not touch it again unit he is nearly at the hash mark. 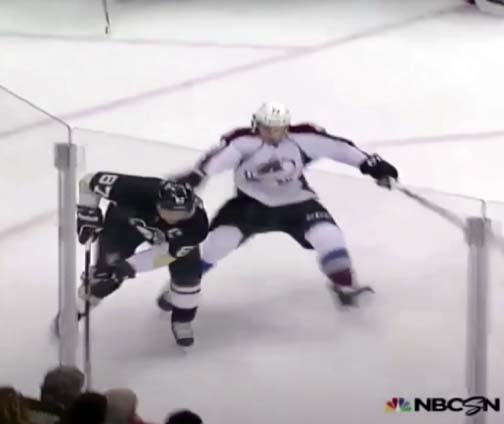 Next touch is at roughly the hash mark.

Example # 2: 63BOS does a great job here. He starts to climb and gives himself plenty of room away from the wall for a cutback. As 24TOR closes on him (with his stick in the air – not on the ice) 63BOS deceptively turns his feet to the left and looks to be turning back (cutback) below the goal line. 24TOR bites. 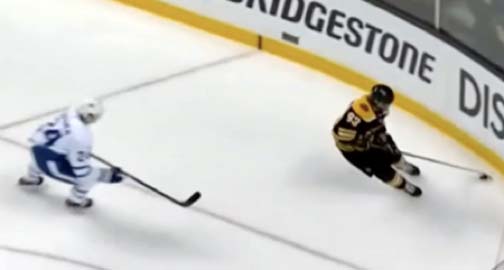 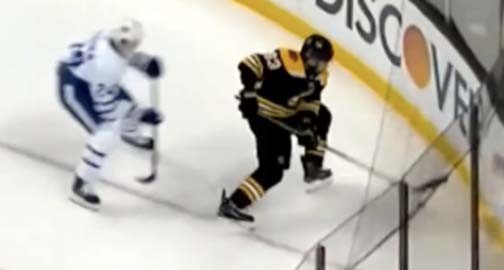 63BOS – Right Inside edge/Left outside edge 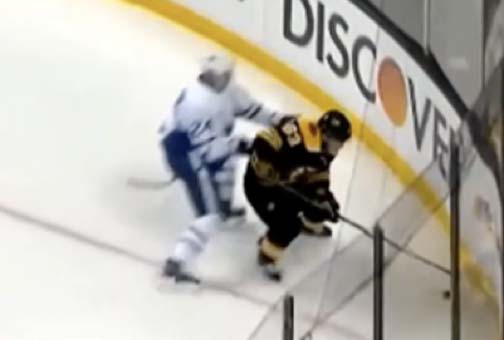 63BOS – Right Outside Edge/Left Inside Edge

Let’s look at this another way. One thing that good forwards do is manipulate, or control, the defenders feet. In the following static photos notice how 63BOS does just that. 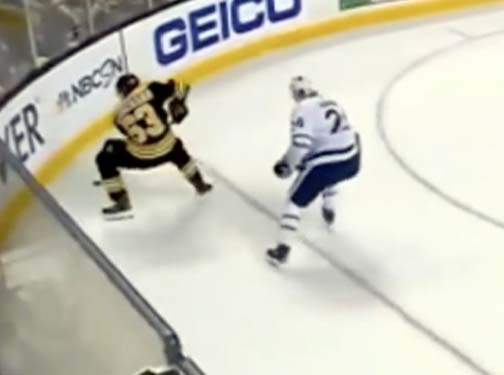 TOR24 is closing. Right skate is facing slightly north. He is on his left inside edge. 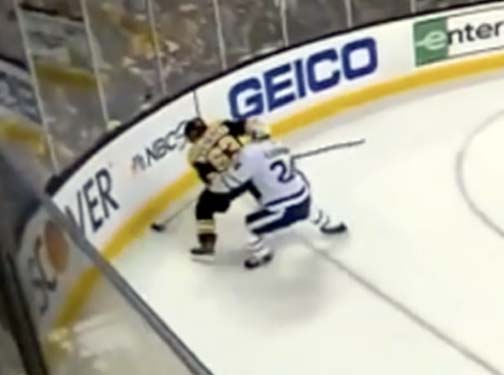 BOS63 “stops” and TOR24 believes he is going to cutback. TOR24 L & R skates are now both facing south, and he is now on his right inside edge and left outside edge. (he has switched edges)

BOS63 escapes, and 24TOR is chasing. 24TOR is on left inside edge and right outside edge. (he has switched again – advantage 63BOS)

The 2 vs. 1 Rebound Battle Game is a game where two players battle to get a lose puck. Whichever player gets the puck first must pass it back to the defence, which will begin a 2 vs. 1. There are many opportunities where the player with the puck can practice the stutter stop step or cutback to escape pressure and create space.

The 2 vs. 2 Rebound Battle Drill is a similar game as the one above. The only difference is that each forward has a teammate at the point that they must pass to begin the 2 vs. 1. There are many situations in this game where the stutter stop step can be practiced. Coaches can even encourage players to hold on the puck longer, and execute a cut back or stutter stop step before they can pass to the point.

Picket Fences is a fun small area game where the offence gets 2 points for scoring a goal and the defence gets 1 point for rushing the puck between the fence / tires. There are many situations in this game where players can practice the stutter stop step or cutback to create time and space.