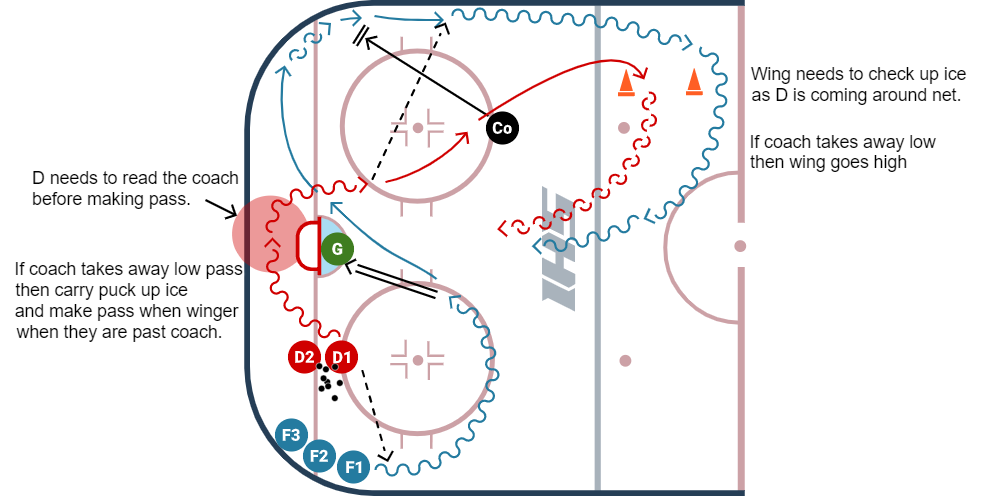 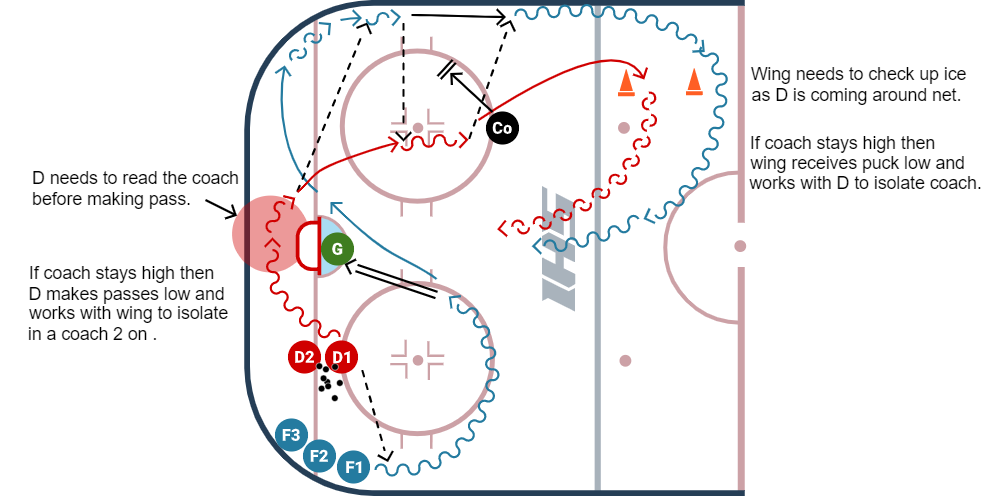 After the players have the concept then here are some ways you can incorporate decision making into the drill. Place a coach at the top of the circles on the side where the players are breaking out. The coach can choose to take away the low pass or the high pass. So now the players will have to adapt depending on the coach's position.