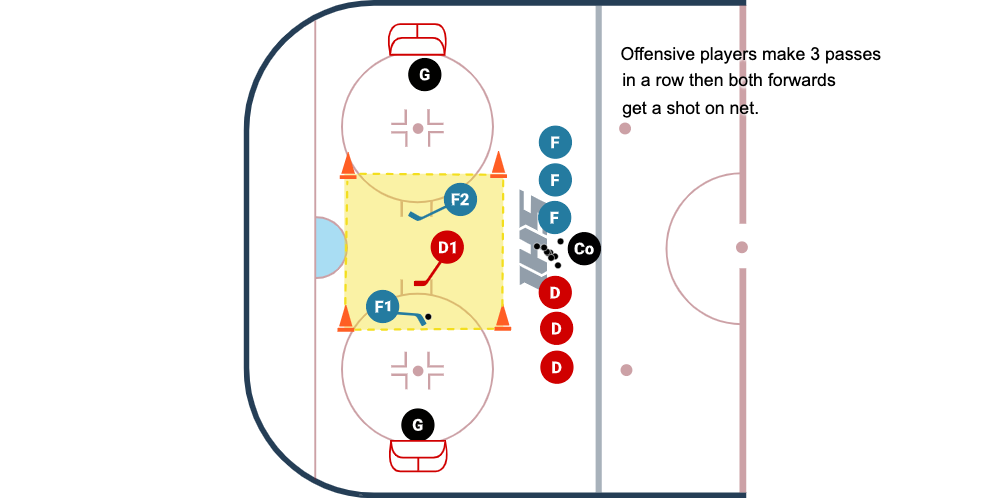 This is a phenomenal drill in several ways. First, the concept of this drill can be used in many different areas of the ice. Secondly, it forces players to think 2 on 1's in tight spaces. Third, it includes a competitive aspect by rewarding the players who are successful.

Great for full ice situations too.