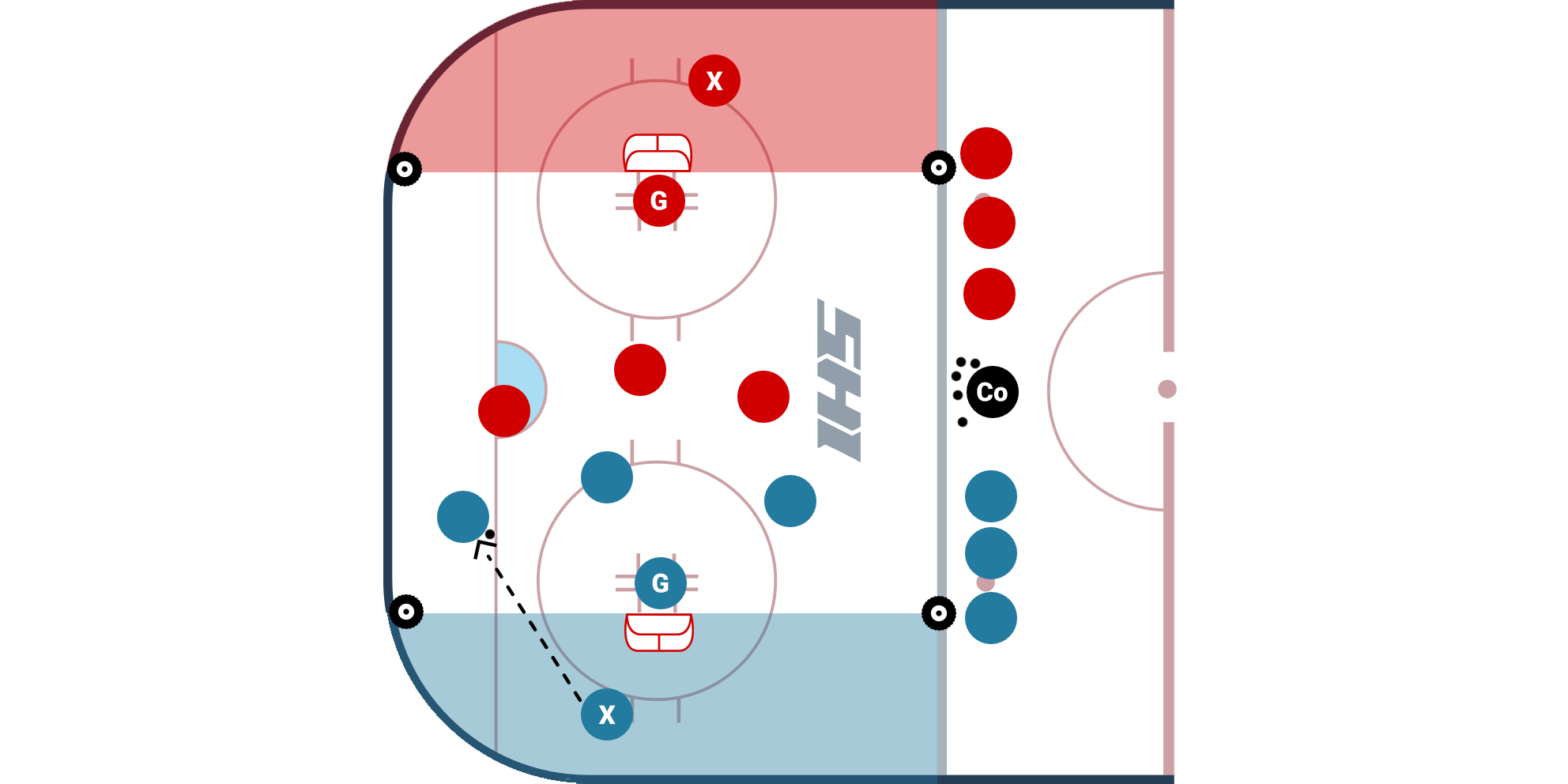 The Bourque 3 on 3 cross ice game is similar to the Gretzky Game but now the designated passers behind the nets are referred to as "Bourque." The "Bourque" is behind their own goal line and helps to initiate breakout passes to their teammates. It is important that players regroup to support their "Bourque."

Encourages our defenseman to move the puck for breakout.  Encourage forwards to fill their lanes.