Getting shots through from the point is extremely important. It can be the difference between a wasted scoring opportunity or breakaway for the other team!

Here are 3 Different Shots for a defenceman to practice with a simple set up. The goal of this progression is to get comfortable with quickly getting the puck to an open shooting lane and not just keeping your head down and shooting right into an attacking player. 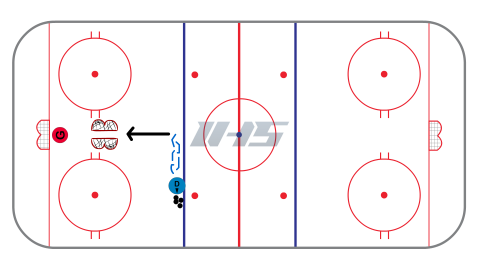