1 vs 1 with Mini Nets - Multiple Games 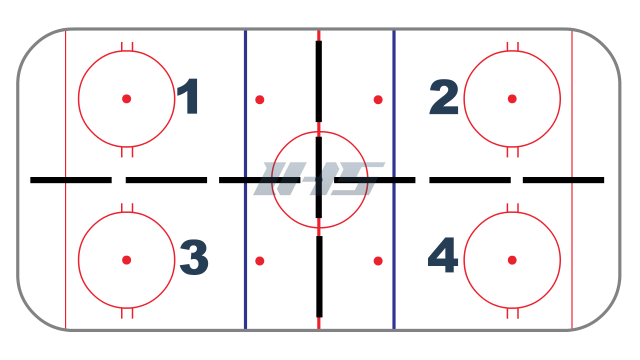 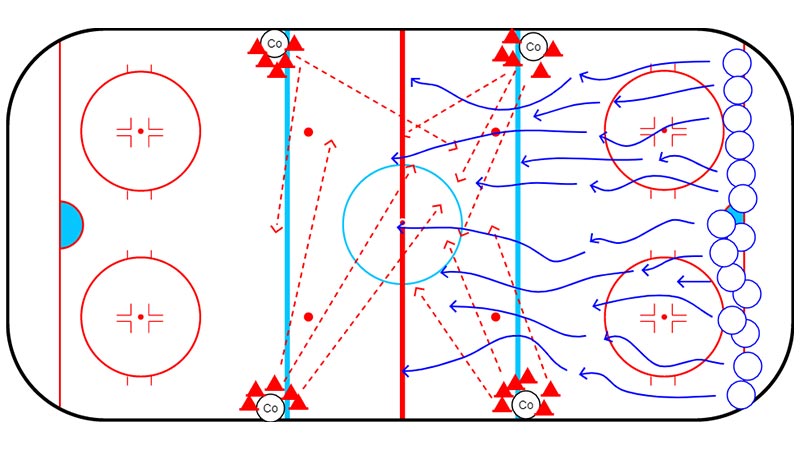 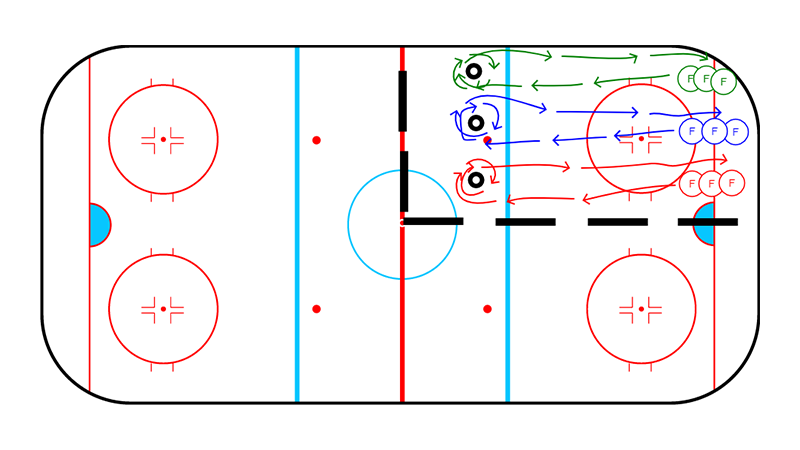 Here is a simple relay race for a quarter ice station where players work on forward strides and full circle control turns. Have the coaches do a demonstration and allow players a few repetitions before jumping into the relays so that they can work on the fundamentals. The players straight straight out to the tire, do a control turn all the way around (full 360 degrees), and skate forwards back to the goal line.

1 vs 1 with Mini Nets - Multiple Games

This is a simple 1 vs 1 game using mini nets and therefore no goalies are required. The only variation with this game is that the coach may have multiple games going on at once. Therefore, players need to be aware of their surroundings and play with their head up. As opposed to a normal 1 on 1 game where you know there is only 1 other player on the ice and therefore you don't need to pay as much attention to your surroundings. It is up to the coach to decide how many games to allow at one time.

Just let players play and encourage them to compete hard. 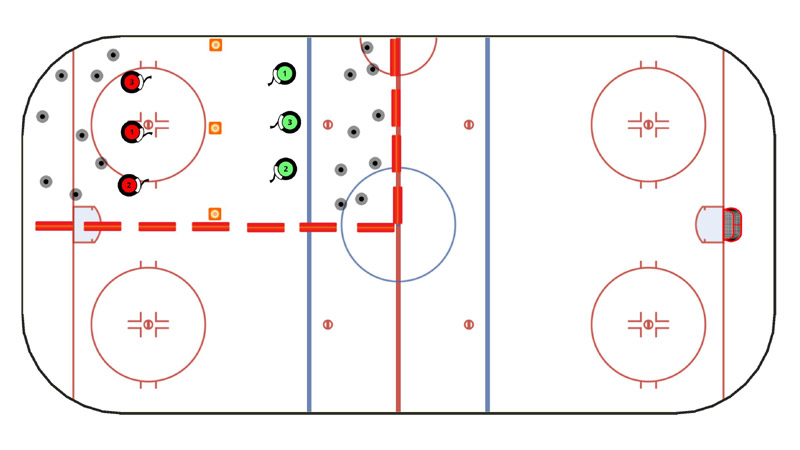 Objective of the Game

Each team tries to get all the pucks into the other teams half and remove all pucks from their own half. Once they do that their "room is clean" and they win that round.

Why this is a great game

Just sit back and watch players as they figure out ways in which to succeed in this game. Players will be retrieving and making a passing motion non-stop in this game. They will also be reading where the opponents are trying to pass the puck and try to intercept. There really are no coaching points, just let them play. 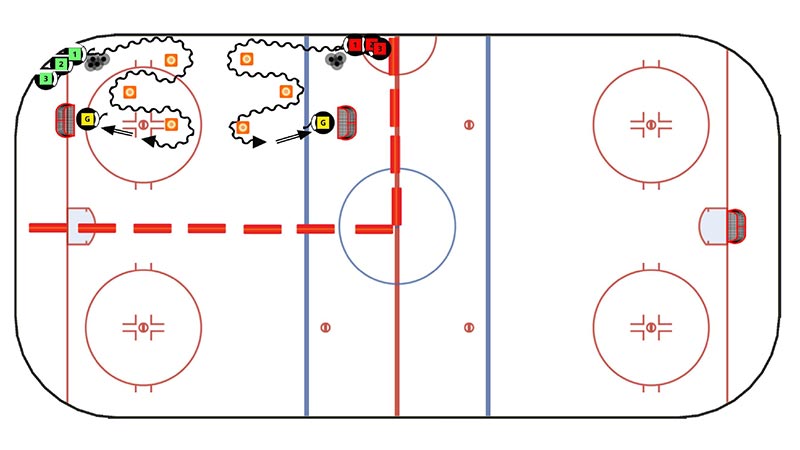 This is a station drill that allows you the goalies to take some shots. The players are able to work on control turns while contolling the puck and shooting. It is great for a 1/4 ice station setup.

Place two full size nets at each end of the station with a goalie in each net (if available). Three cones should be placed in a staggered manner as shown in the diagram.

Encourage players to use control turns as they go araound the cones and get their body between the cone and the puck to work on puck protection fundamentals.