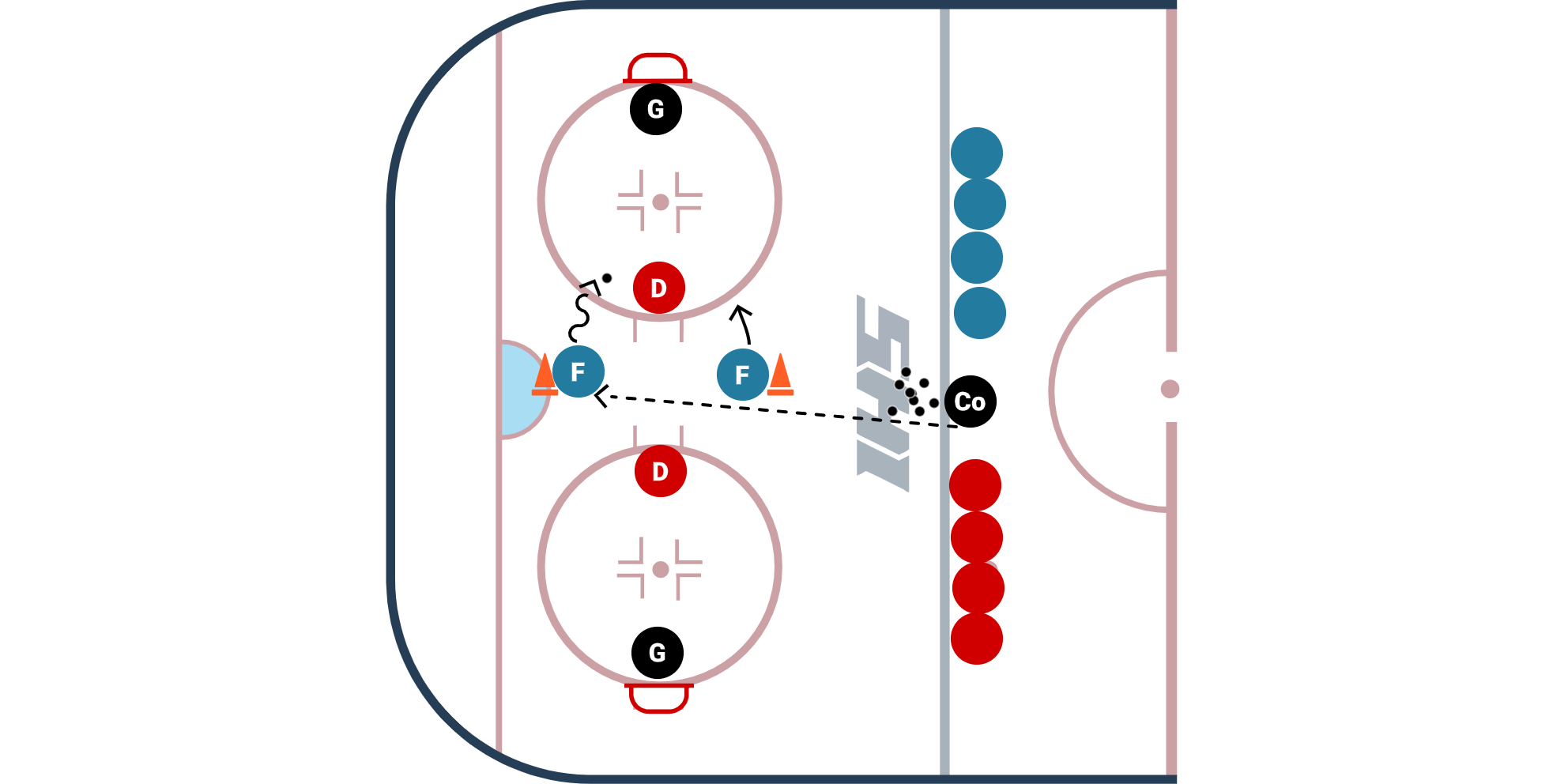 A fast-paced 2 vs. 2 game that allows the forwards to attack either net to score while the defense works to defend both goals. The defense can score a point by stripping the puck and making 4 consecutive passes in a row. Communication is a must to be successful!

This diagram was created with the IHS Drill Designer. Draw drills for free today!