This is a great setup for a warm-up skills series that uses progressions appropriate for novice to elite skill levels. Ben Eaves demonstrates all 26 skills and progressions of this skills series he learned while playing professional hockey in Finland for 8 years. This progression involves 5 tires or cones that do not have to be moved at any time. Coaches can make the series as simple or as complex as they would like.

Repetitive practice of these skills can help with muscle memory so they can be applied in practices and games. As time goes on, work on performing the skills with your head up, and then apply more speed. To view the second part of this video, please click the Finnish Skills Series: Part 2.

Here are the skills demonstrated in this video: 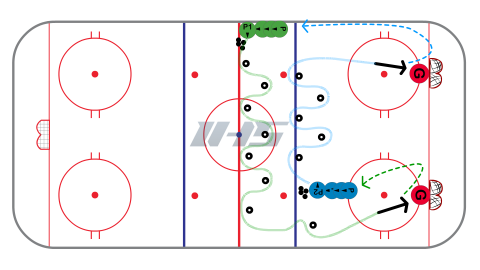 Half Ice Finnish Skills Series with one Net 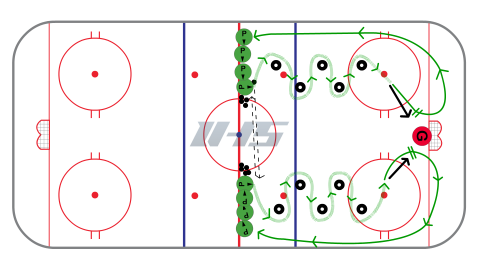 Half Ice Side By Side Skills Series #1 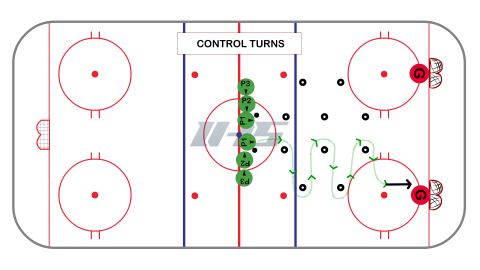 jason@loudouninline.org on 12/4/2018
Good for warm up and on some while another group is practicing a specific skill