This is a full ice practice for squirt age level players that starts with a series of full ice skills series with the 3 cone skills series.  After that player progress into 2 on 0 full ice drills that work on options when entering the zone and attacking the net.  Then there is a fun drill where players work on protecting the puck within the circle and are rewarded with a shot on net if they can protect the puck until the whistle is blown.  The practice ends with a great 3 on 3 small area game. 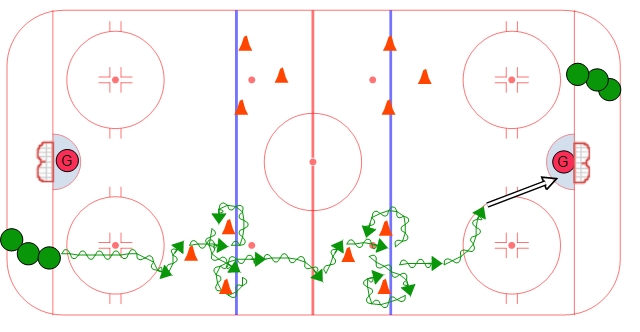 At first cone players make a single shift move to the right and protect the puck as they go around the left side of the cone. Then they do a tight control turn around left cone followed by a tight control turn around right cone. Players need to work on quick feet and accelerate after second cone. Players also need to protect puck from the cone by keeping body between cone and the puck. At the second set of 3 cones the players go in the opposite direction. The next player should go after the player in front of them is done with the first set of 3 cones. 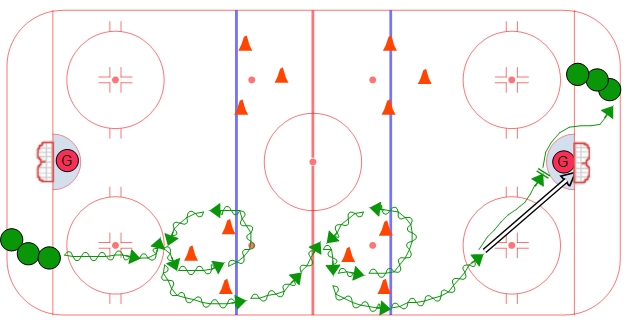 In this variation players make a single shift move on the first cone. They skate between the two cones after the single shift move and then do quick cross overs around all three cones. Players should focus on moving their feet and accelerating as they do cross overs around the cones. At the second set of three cones they do everything in the opposite direction. Next player goes when the player in front of them is done with the first set of 3 cones.

At the first cone players make a single shift move around the cone. Then they transition backwards while handling the puck until they are at the top of the triangle, then they transition to forwards again and skate towards the next set of 3 cones.

This passing drill is the first in a series of progressions. These drills work on passing, zone entry, and how to attack the net with two players. In this first series the players will go down one side of the ice making as many passes as possible. As they start to enter the zone it is important that the player on the inside (P2) passes to the outside player (P1) and drives hard to the net. Player 1 drives wide and will then pass the puck to P2 at the far post as they are driving hard to the net with their stick on the ice. P2 has to stop at the net and then go below the goal line and puck up a new puck as they head up ice. P1 will skate up ice and transition backwards. The two players will pass back and forth as many times as possible before P1 gets to the far blue line. At the far blue line P1 will transition forward while maintaining possession of the puck. This time they will drive wide and shoot right when they get around the tire. 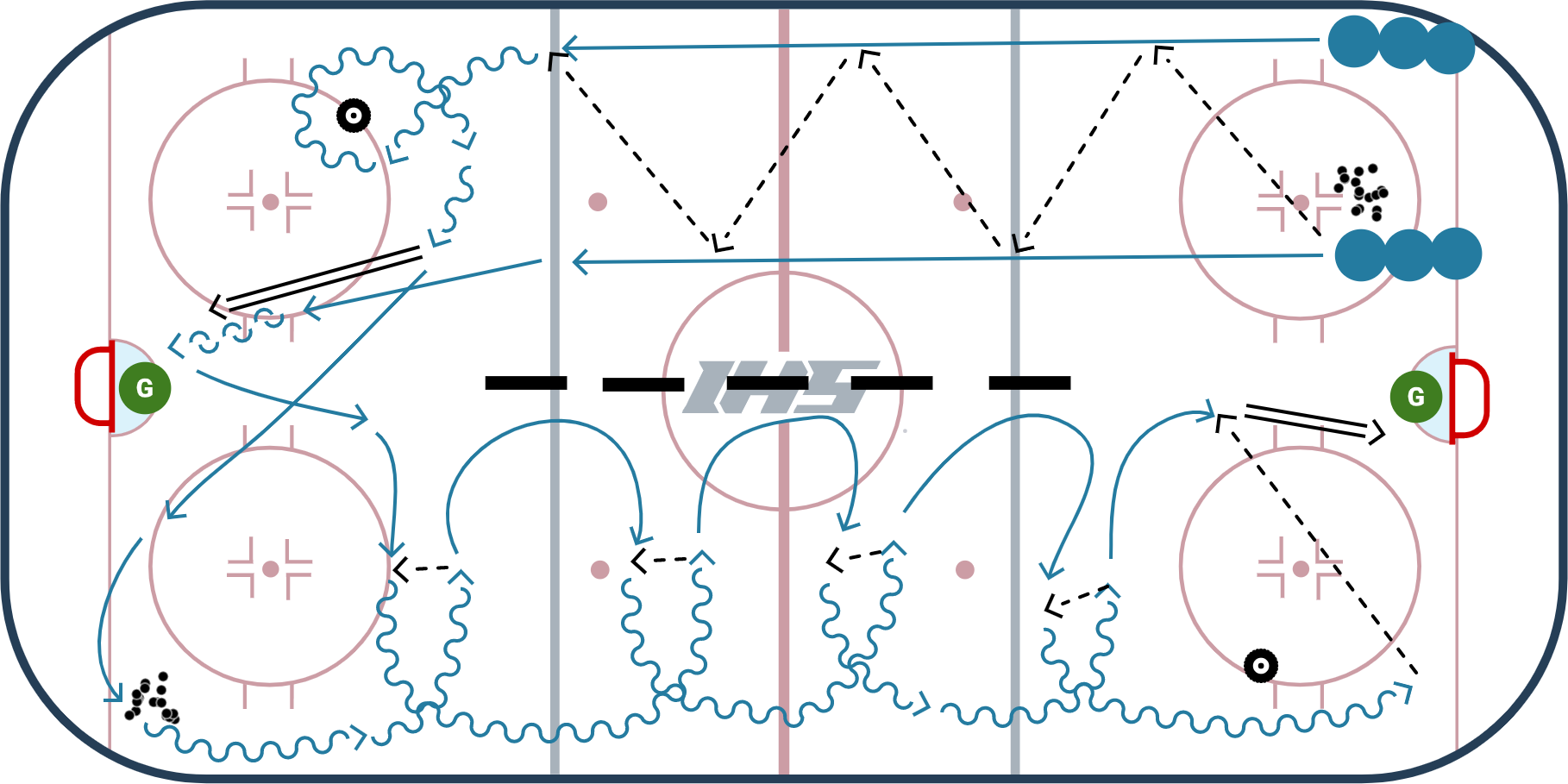 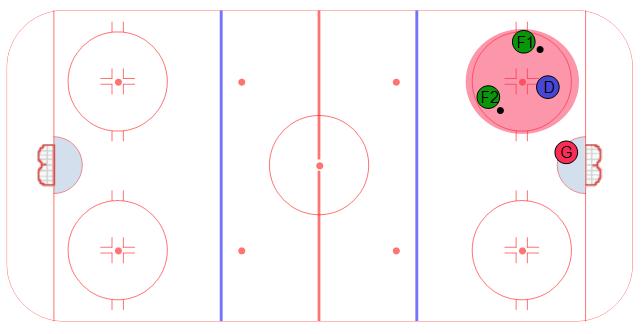 This hockey drill is a fun way for young hockey players to work on puck protection.  The drill starts with two forwards (each with a puck) and a defender in the offensive zone face off circle. The object is for the forwards to protect the puck for 10 seconds while the defender tries to knock the puck outside the face-off circle.  After 10 seconds the coach blows the whistle and whomever still has a puck can go take a shot on net.  Points can be awarded for scoring goals as well as knocking away the puck. 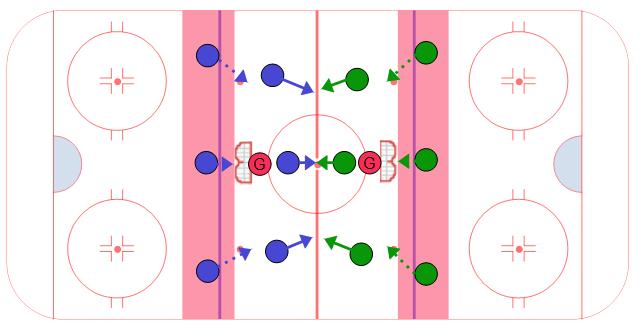 This 3 on 3 game is more like a 6 on 6.  To set up place each net just inside the blue line.  Divide the players into groups of three.  Three players from each team will start out in the middle, they can go anywhere int he neutral zone, blue line to blue line.  Three more players are stationed along the blue line.  The players along the blue line have to stay within several feet of the blue line.  On the whistle, one puck is played into the middle.  Players play three on three but they can use their "bumpers" on the blue line for added support.  The bumpers can pass the puck to the players in the middle or to other bumpers. Although it is a small area to play 3 on 3, players can use the bumpers to spread the play out and try to get open in front of the net.  It is also a challenge for the team without the puck to cover the front of the net.