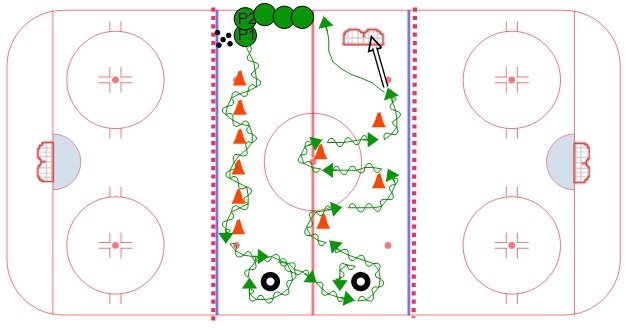 On the first set of cones more advanced players can try to move the puck to one side of the cone while their body goes to the opposite side.