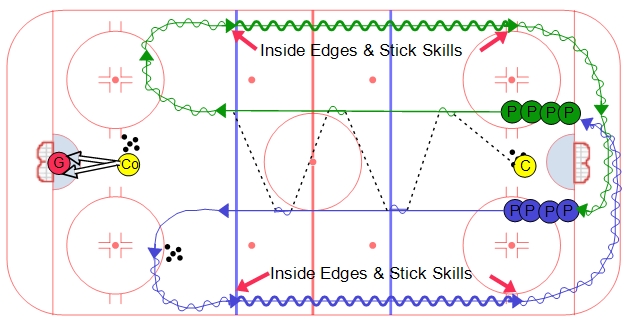 1.  Forward-no passing on the way down, cross overs each way, and then change up skills on the way back.  When

2.  Backward- no passing on the way down, cross overs each way