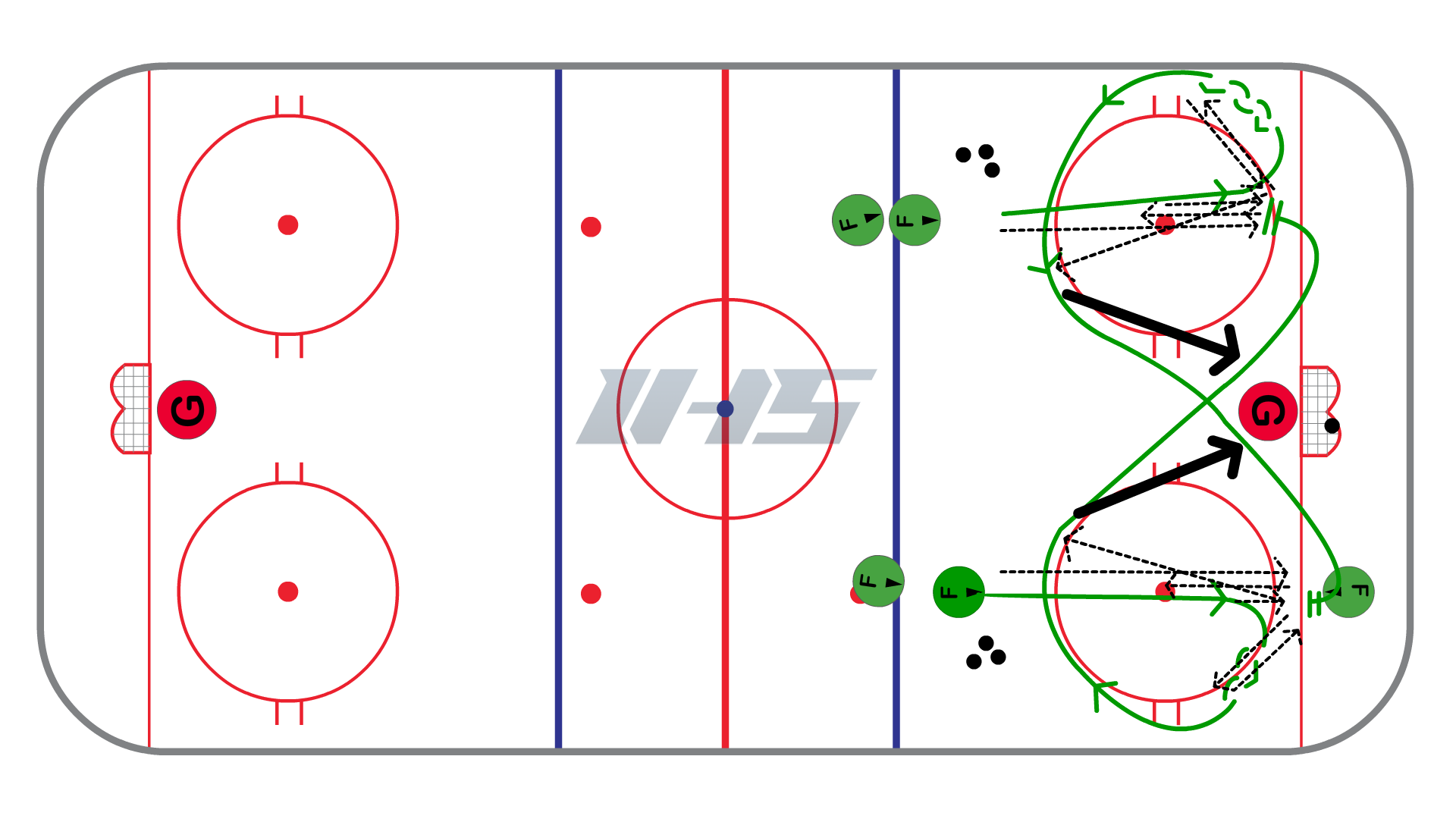 This is a good half ice hockey drill that works on one-touch passing, transitions, quick shots, and following shots to the net. To set up the drill place one player along the goal line in-line with the dots. Place two lines just inside the blue line also in-line with the dots, these two lines have the pucks. The first player (Player 1) in line will make a pass to the player on the goal line (Player 2) and skate directly at them. The two players on-touch the puck back and forth as many times as possible. Once Player 1 gets below the dot they transition towards the wall and facing Player 2. The players continue to one-touch the puck as Player 1 skates up the wall, around the top of the circle, and into the slot. When Player 1 receives the puck in the slot they take a quick shot and follow their shot to the net. After the last pass Player 2 will also go to the net looking for a rebound. Player 1 then continues to the other side along the goal line and becomes Player 2 as the drill now starts from the other side. The original Player 2 now goes to the end of the line.

good to warm up hands

One touch passes with shot.

Half ice shoot and skate 1