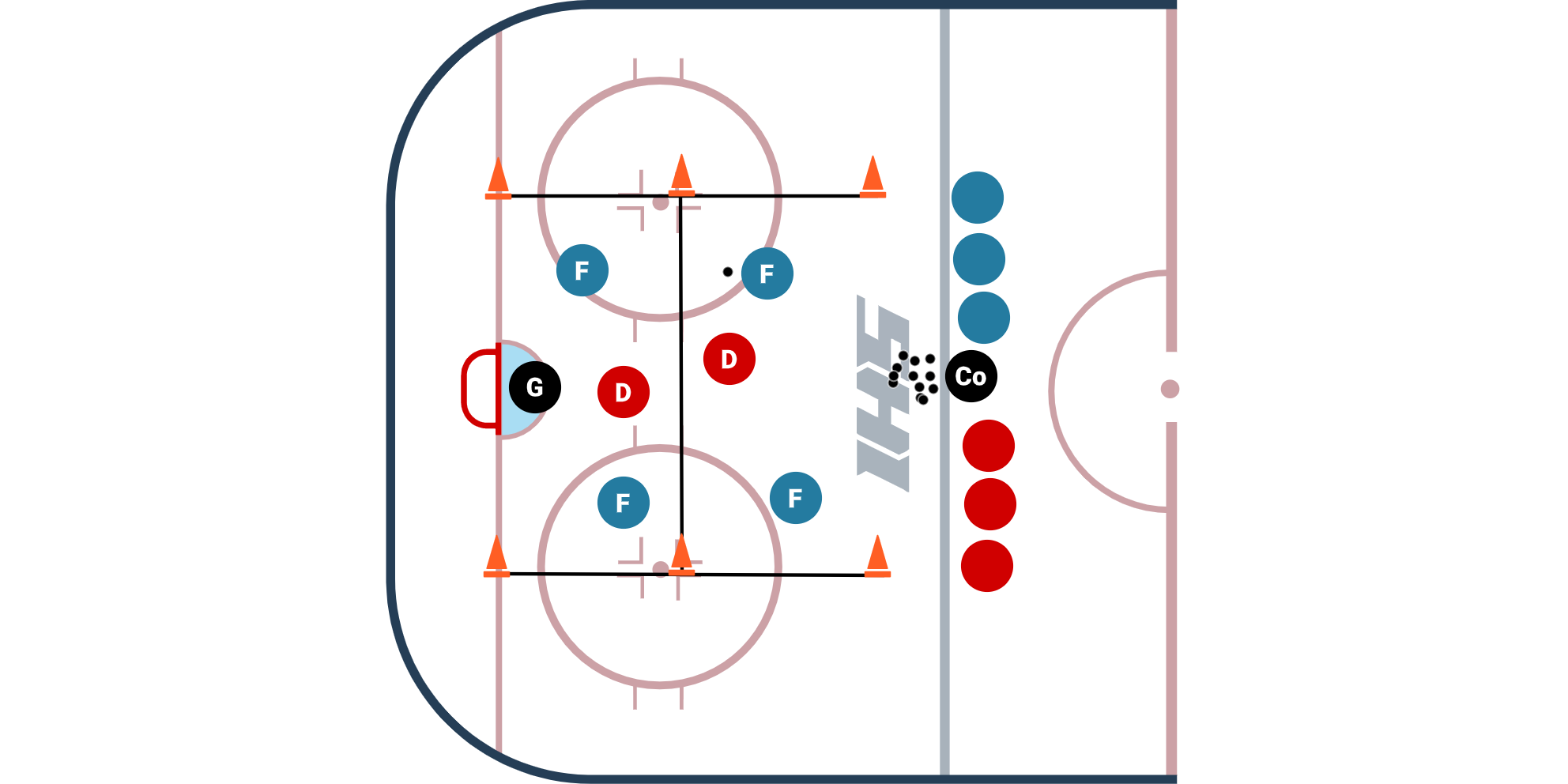 Swiss 4 vs. 2 Scoring Game: A fun small area hockey game that sets up the offense to work on generating passing & scoring opportunities by keeping head up, being patient, using deception and communicating with teammates.

The Game is, in essence, two 2v1’s that are constrained within a tight space. The offense is trying to score.

Start of Game: Coach gives a puck to the offensive players who can move within their dotted area.

Offense gets a new puck IF:

Teach 2v1 defending based on organizational ideals. For many teams,

Coach sets a Time Limit or A Game up to a certain number of Goals. Goalies should work on tracking the puck and should be switched every 2 minutes as there will be a lot of movement.

Love this drill to focus on active sticks for the D. Solid drill!