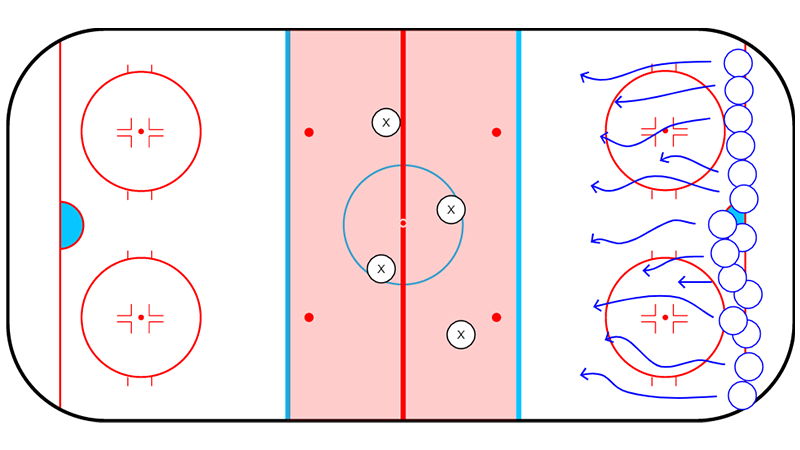 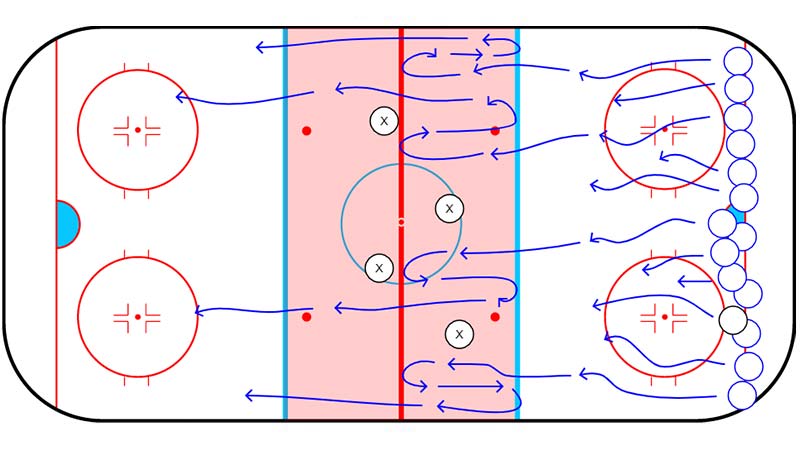 Sharks and minnows could be one of the most popular youth sports games around. In the hockey world you may know this as pom-pom-pullaway. It is a great way to start a practice session becuase it gets kids excited and engaged.

All the players place their sticks down below the goal line and line up across the goal line. Select 3-4 players or coaches to be the "sharks". The "sharks" must stay between the blue lines at all times. On the whistle the players will skate from one side of the ice to the other. The object is to not get touched by a "shark". If they get touched then they join the "sharks" in the middle for the rest of the game. The last player to not get touched by a "shark" wins that round.

This variation makes is tougher by requiring players to do 2 power turns within the neutral zone. They are required to do one power turn at the red line and then another power turn at the blue line. Then they have to try and get to the far blue line without being tagged. Players can power turn in either direction so they need to be aware of which direction will give them a better chance to not get tagged.