Rondo Circle Passing to 2 on 1 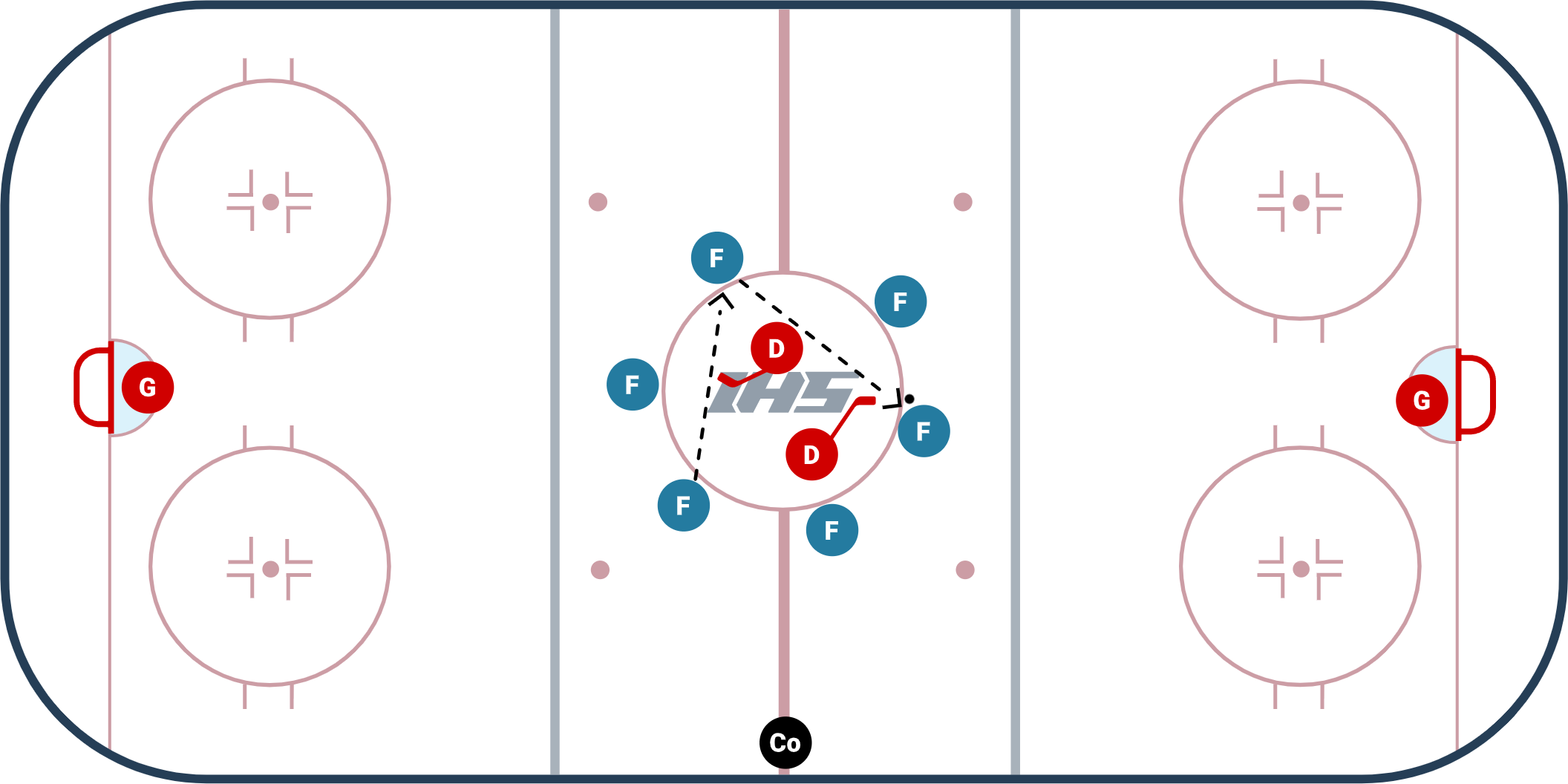 The Rondo Circle Passing to 2 on 1 from Coach Alyssa Gagliardi is a competitive activity that can be used to practice passing, overall awareness, and 2 on 1's. This game can also be modified to be set up in zone, if you only have access to half-ice (example at bottom of this page).

Rondos are popular activities in soccer and are similar to keep away, where a group of players work to keep possession of the puck / ball. To view an 8 part rondo passing warm-up, view Rondo Circle Passing Progression. 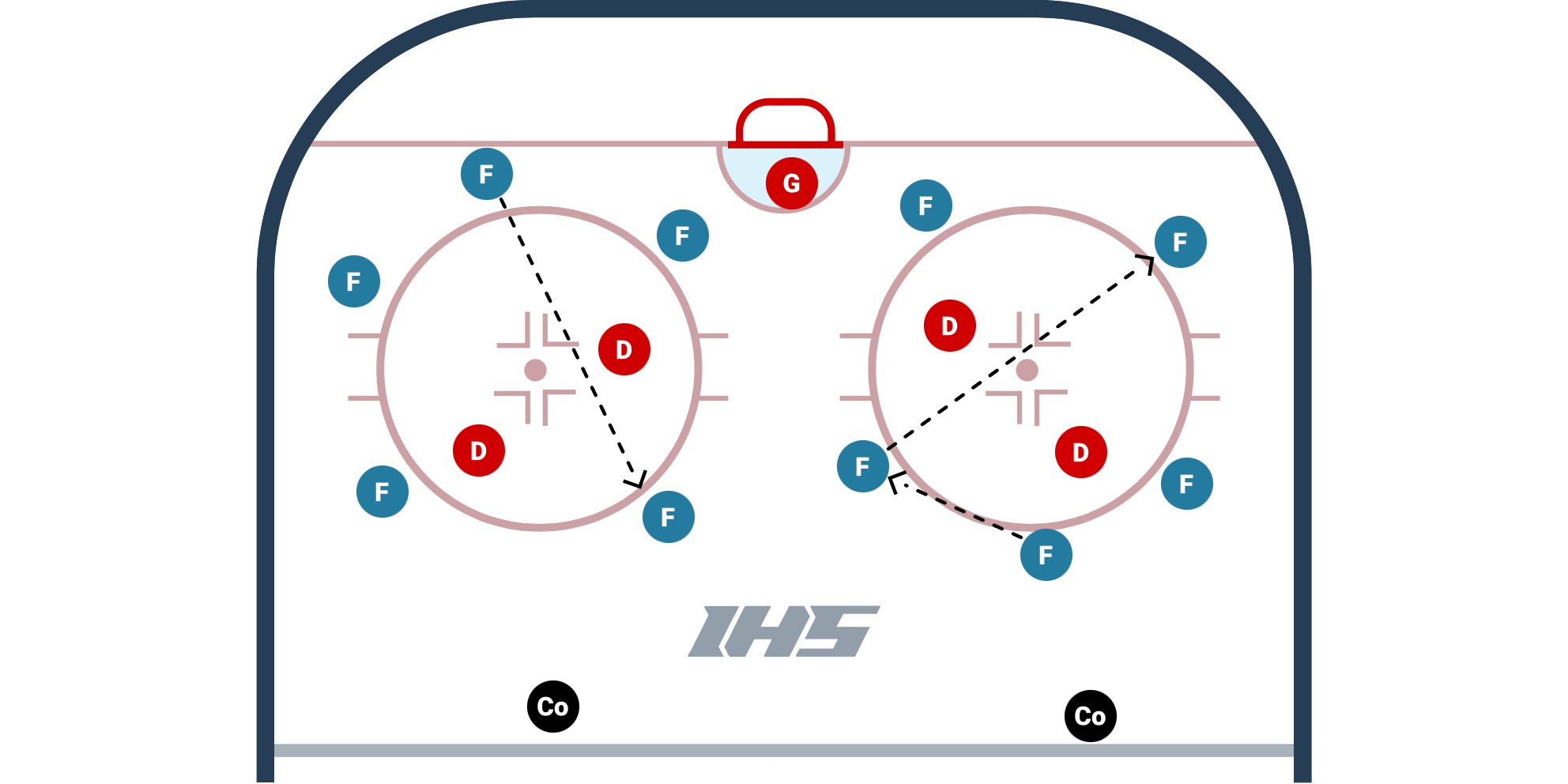