The Neutral Zone Angle 2 V 2 to 3 V 2 forces players to step up and make a play in the neutral zone! The drill is a valuable exercise to help defenders practice angling techniques in the neutral zone while offensive players can practice making plays instead of dumping the puck. 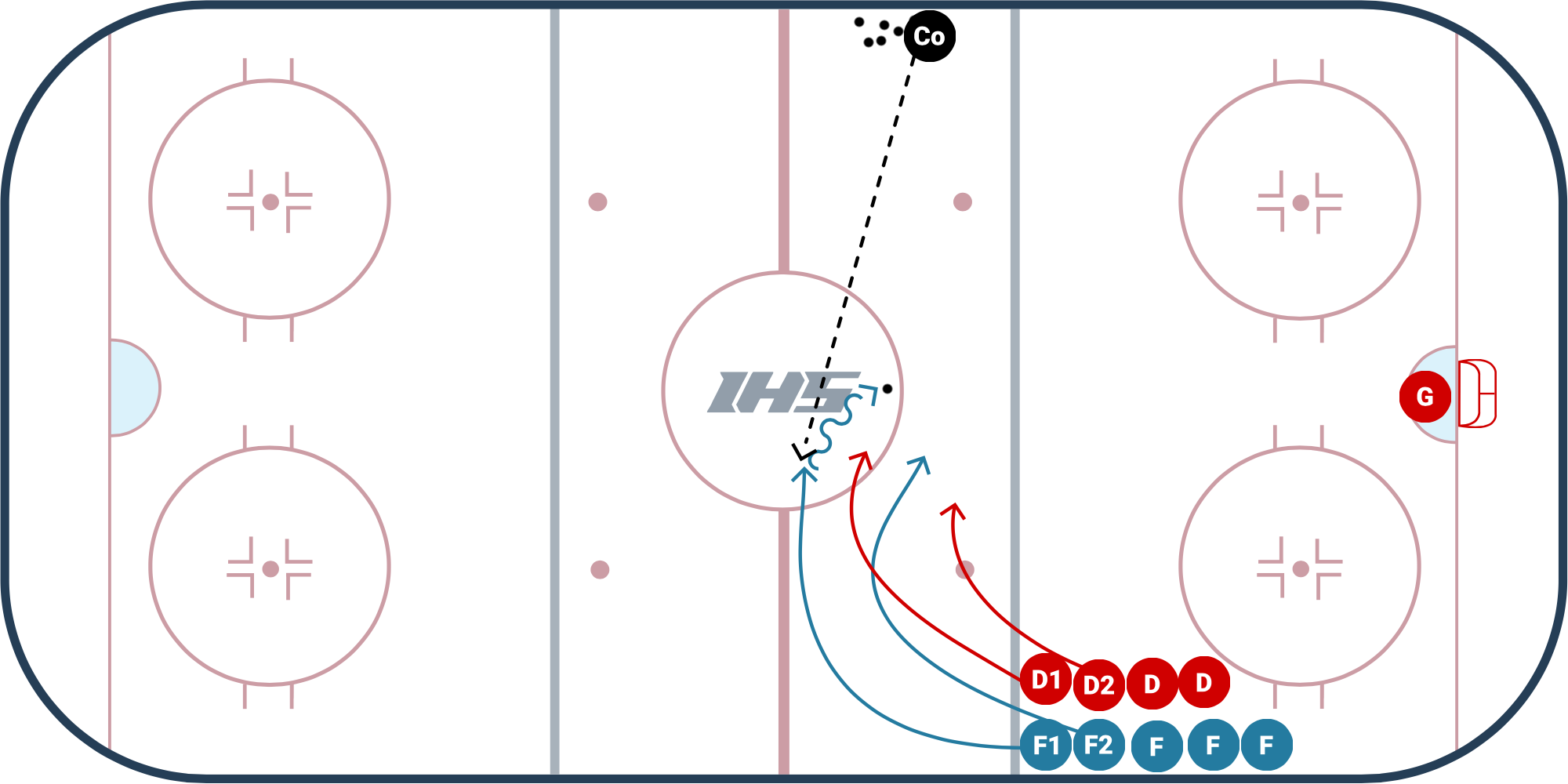 Here is an example of how a half-ice setup of this neutral zone angle drill can be created. Coaches can set up the players further down the boards (towards the goal line) if there is a smaller neutral zone.