Half Way Around The World - Head On 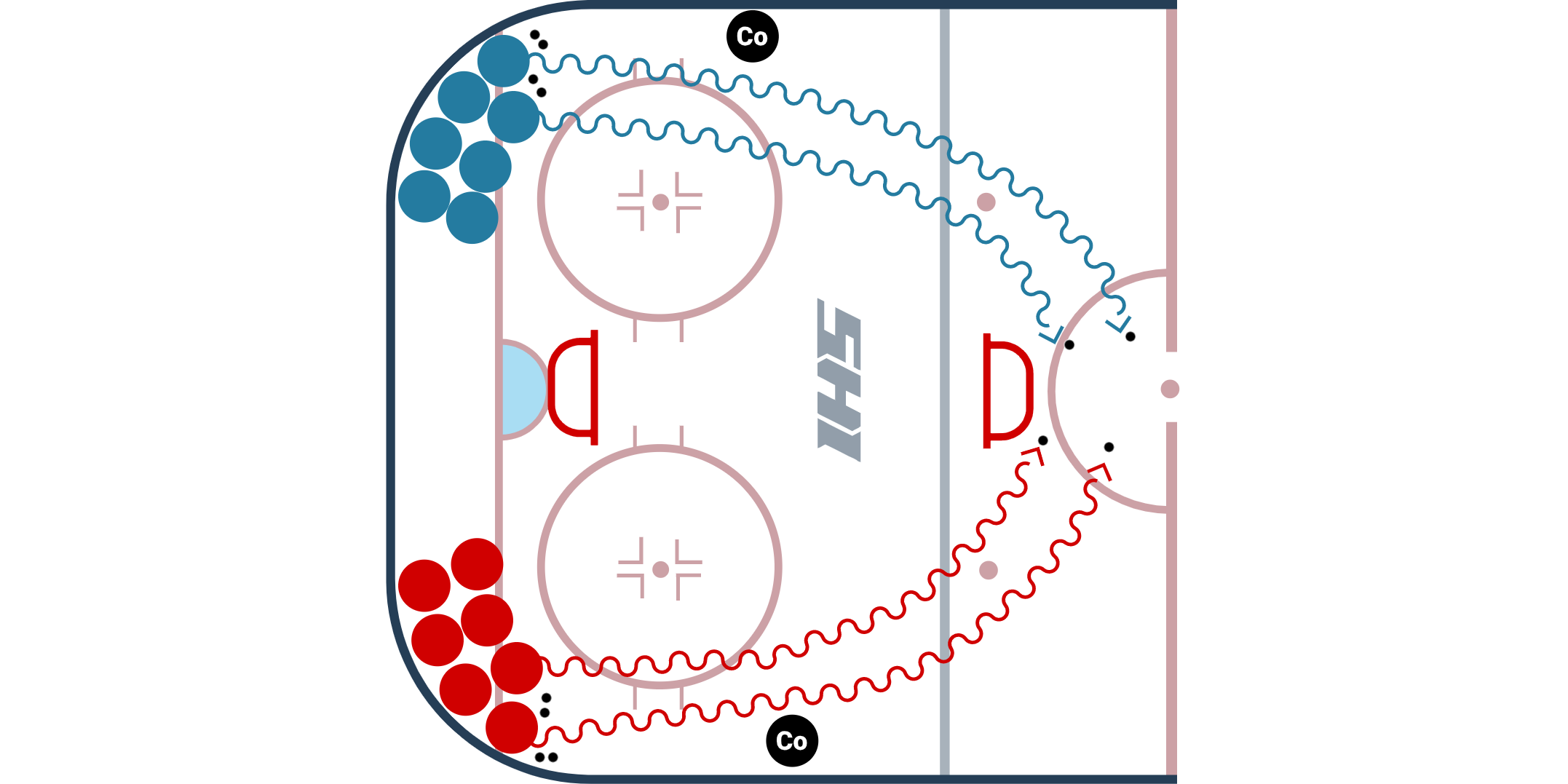 The Half Way Around The World (Head On) Drill is set up to encourage players to KEEP THEIR HEAD UP as they navigate moving obstacles (the oncoming team).

Coaches, it is important to make sure that your players perform this drill with their head up, or else there will be some head-on collisions. Below we discuss variations that can be utilized to make this activity easier or harder (depending on the age & skill level of your players). This drill is NOT A RACE, but an activity to encourage players to keep their head up so they can develop their on-ice awareness.

Half Way Around The World - Head On Figure 8's 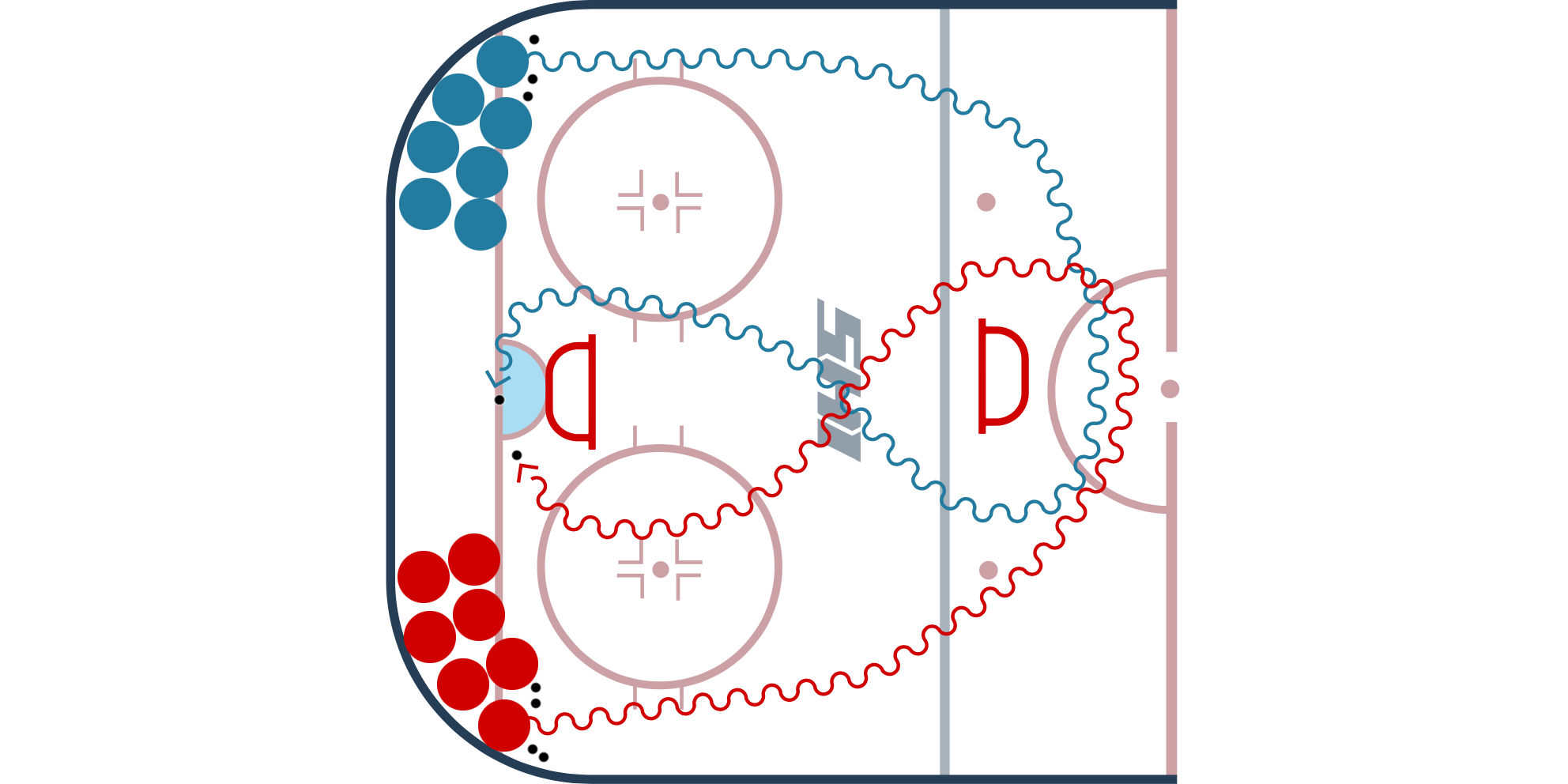 A progression of this setup is to have the players skate around the nets and back into the middle to complete a "Figure 8." This movement requires them to be even more aware of their surroundings.