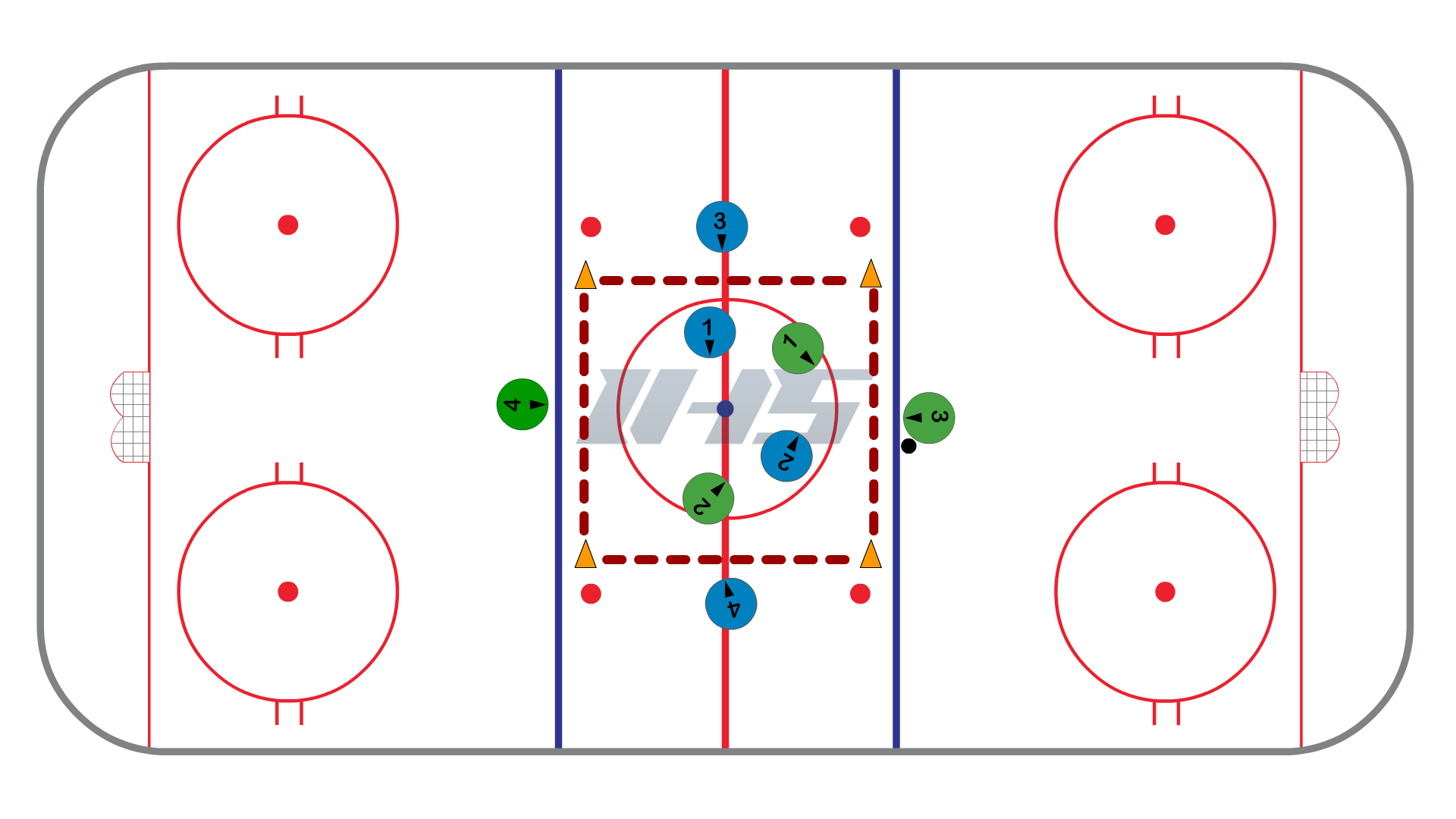 This game is all about passing, possession, and awareness. Set up a square area with cones as shown in the diagram. The size of the square can vary depending on the age and skill level of the players. Larger areas are needed for less skilled players while smaller areas will challenge players with higher levels of skill. Thre are size players on each team. Two players on each team are inside the box while the other two players are on the outside of the box on opposite sides.