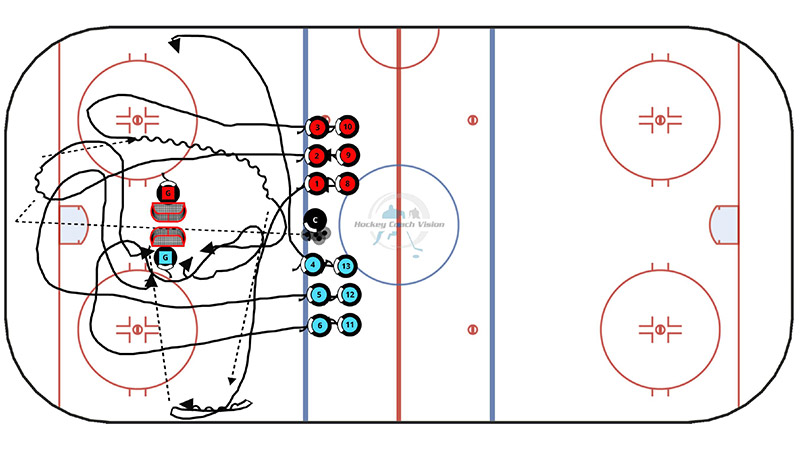 This is a great small area game for working on net front battles from an offensive and defensive point of view.

This game can be played in the offensive/defensive zone with two nets placed back to back in the middle. The coach has the pucks in the center of the ice at the blue line with each team lined up on each side of the coach.

How The Game Is Played