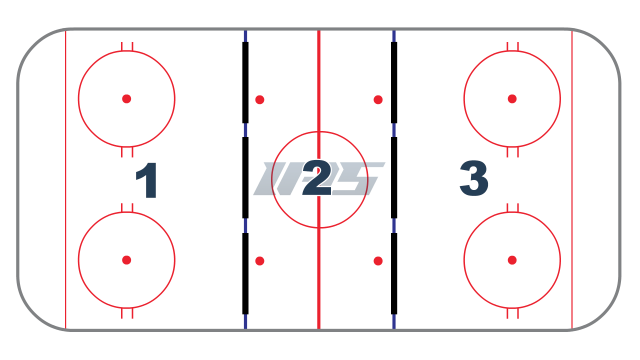 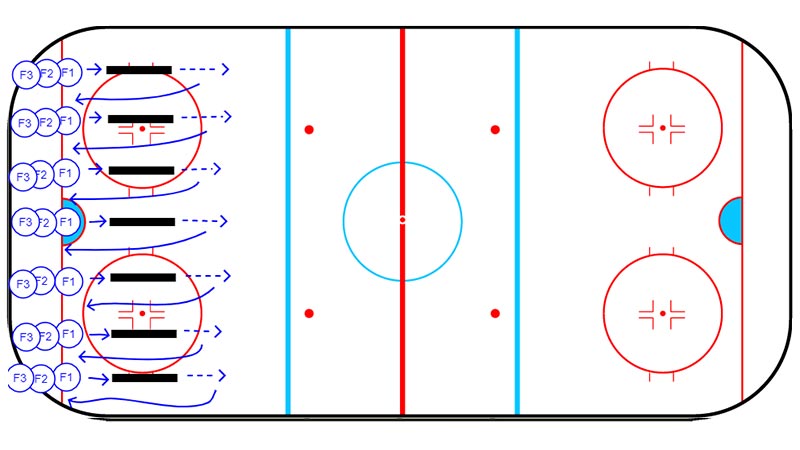 This is a fun way to start or end practice for the mite / novice age levels. It makes sense to do this in a practice where you will be using borders because it requires 6 - 8 borders depending on how many players are involved.

How the race is run

Divide the players up into teams along the goal line so you have 3 - 4 players per team. Each team will have a border out in front of them. The first player will skate and do a superman dive onto the barrier and slide as far as they can. When they come to a stop they get back on their fee and skate back to line. Once they cross the goal line the next player in line can go. This repeats until they get the barrier across the goal line at the other end. The first team to do so wins. 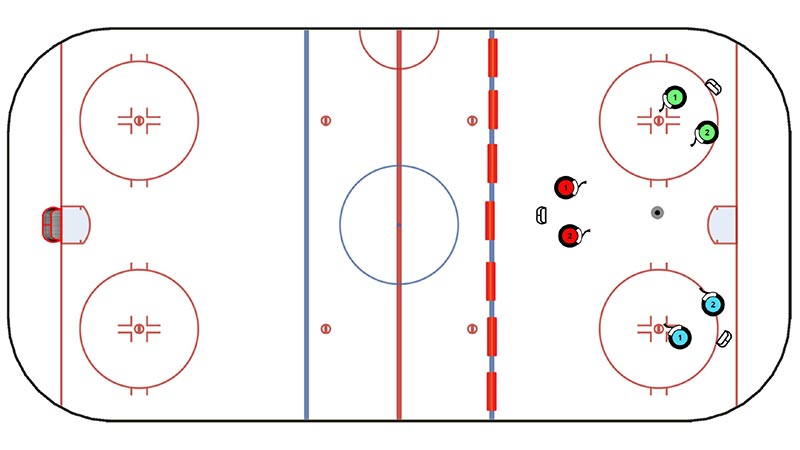 This game gives players an great opportunity to be creative and play a small area game with a twist. The game requires awareness as they are trying to score on two nets and trying to protect one net.

Place three mini nets in a triangle formation in one offensive / defensive zone as shown in the diagram. Divide players into three teams. Two players from each team will be involved at one time. Players will play for 60 - 90 seconds. 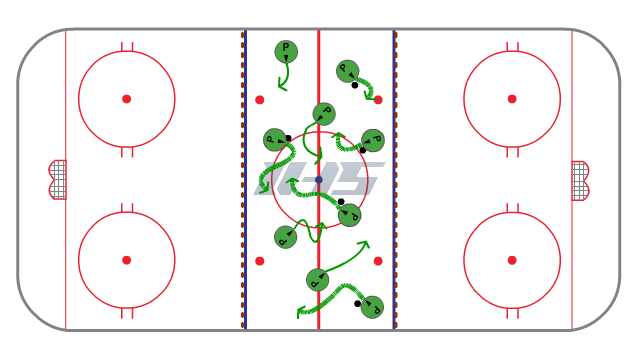 This drill has players working on puck protection and awareness. This is a good activity to use after working on puck skills and fundamentals so players can work on these skills in a competitive environment.

Depending on the size of your team you can use the neutral zone of one end from the blue line to the end boards. You will need half as many pucks as you have players. For example if we have 12 players then we will use 6 pucks. On the whistle the coach will shoot the pucks into the zone. The objective for the players is to find a puck and maintain puck possession. The coach will allow the players to go for 45 seconds to 1 minute. On the whistle the players must stop where they are. The coach can decide a consequense for the players that do not have a puck such as push-ups or skating.

Players that have the most success will be playing with their head up and protecting the puck towards open ice. They will also use awareness to look for opporunities to steal pucks from other players. 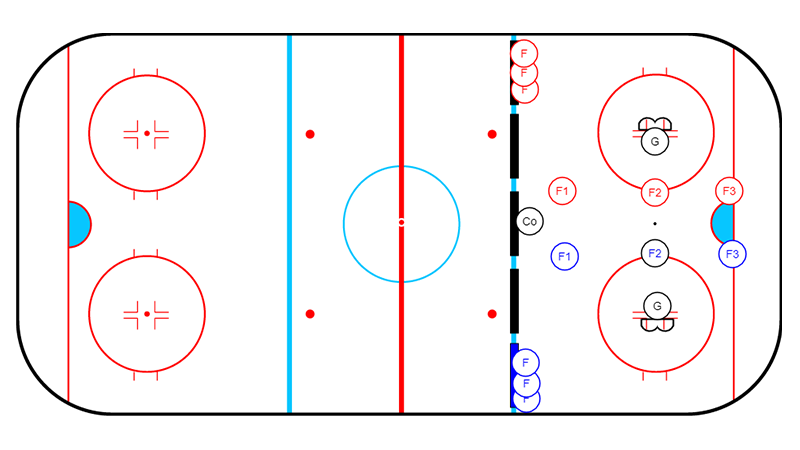