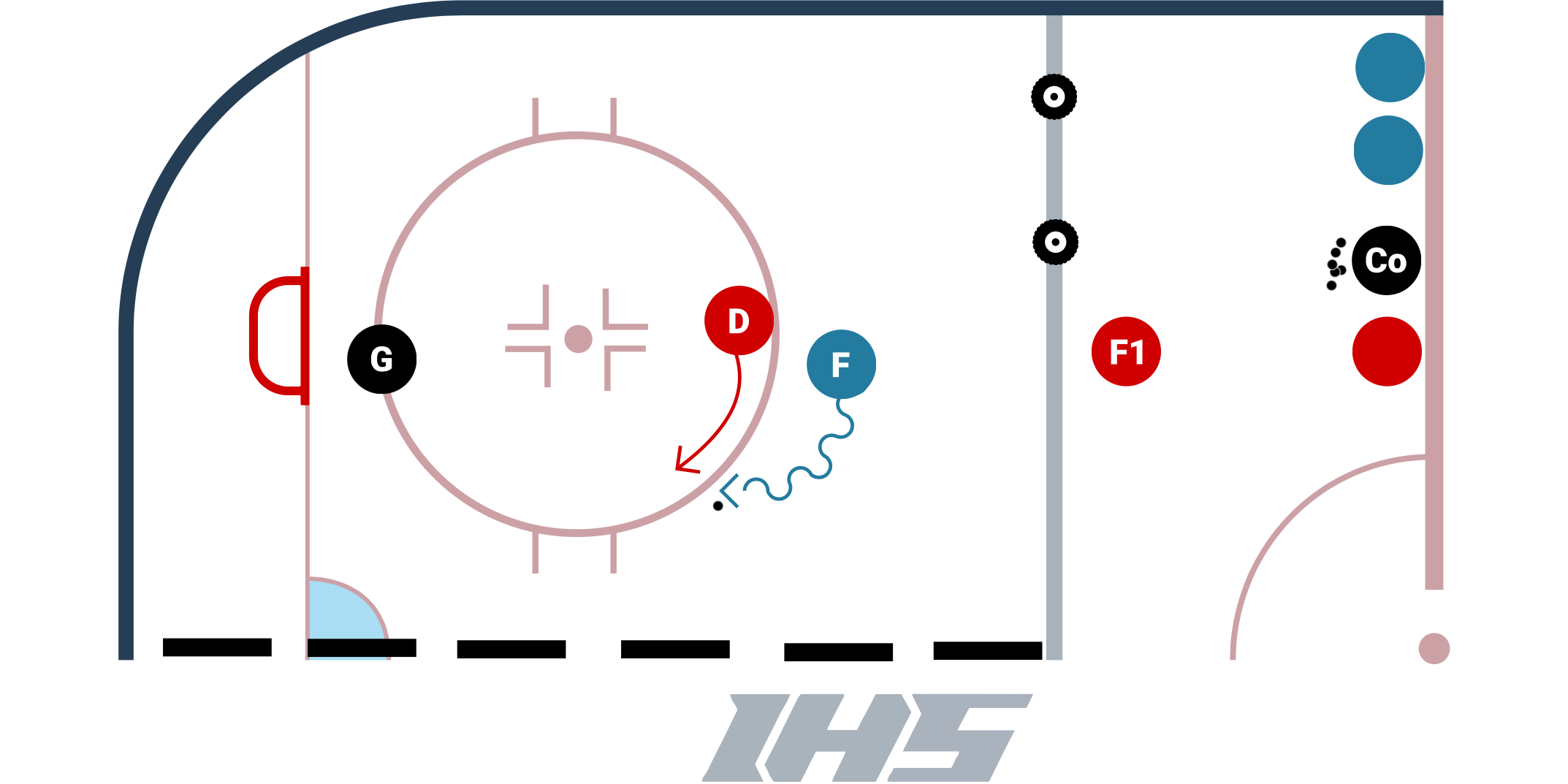 A continuous 1 vs. 1 hockey game that puts the defenders at a disadvantage since they will be double shifting. The defense will be tired so it is extra important that they focus on good habits (keep stick on the ice). The game will reinforce puck protecting and battling for loose pucks.