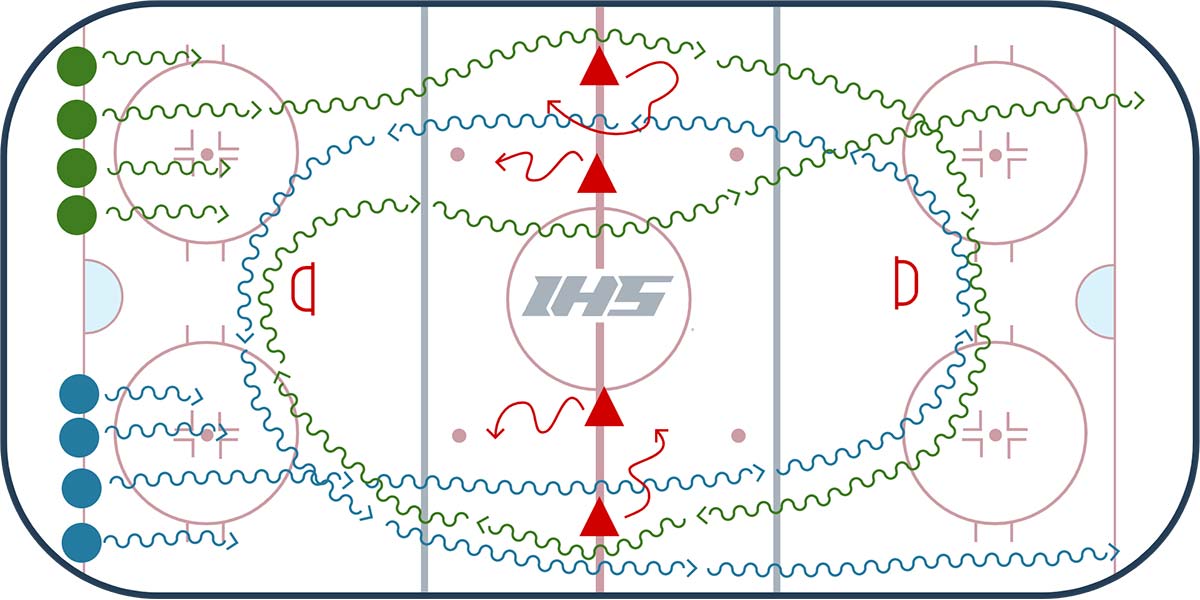 This is a great activity to begin practice with. It involves puck handling, skating, and competing.

Bring the nets up to the about the top of the circles as shown in the diagram. Divide the players into two groups and place each group on their own side of the ice along the goal line. Each player should have a puck. Select 4 players to be the defenders and go into the neutral zone without pucks.

On the whistle the players will carry a puck straight ahead. They will try to carry a puck all the way around each net and to the far end (opposite from where they started). The defenders in the neutral zone will try to knock the pucks away from the players. If a player gets their puck knocked away or stolen they have to go to the center circle until the game is over. Players have to keep their heads up for the defenders as well as the players moving in the opposite direction. You can play until there is one player remaining or just let players re-join after each round.