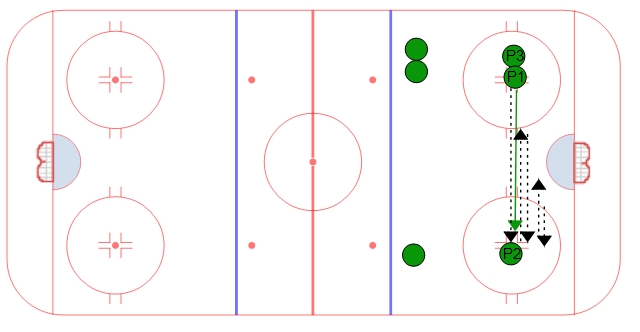 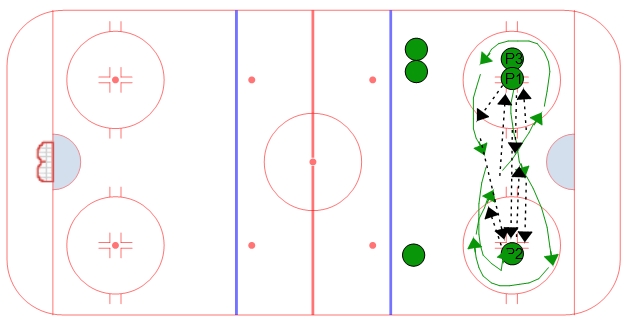 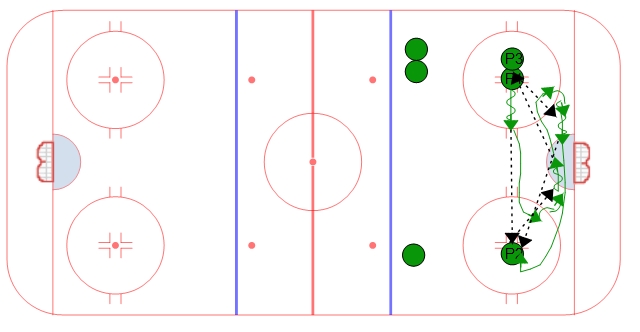 Place players into groups of three. They can be lined up all the way down the length of the ice using the dots as a guide. Two of the players from each group can be on one side and one player straight across lined up with the dots on the other side. The first player on the side with two players will start with the puck. There are three variations to this passing station as follows:

Players skate at the player in front of them making one-time passes to each other for a total of 3 passes.  After the 3rd pass the next player does the same thing towards the player on the other side. Encourage players to not slap at the puck but have soft hand and receive and pass.

This vaiation begins the same way with the moving player makeing three one touch passes with the player in the line straight across from them. This time the do a control turn around the player, receive the puck back and then do teh same series of passes back towards the line they started in. They do one more control turn in the opposite direction, receive the puck back, and do another 3 one touch passes back towards the other line. Now the player from the other line begins the same routine.