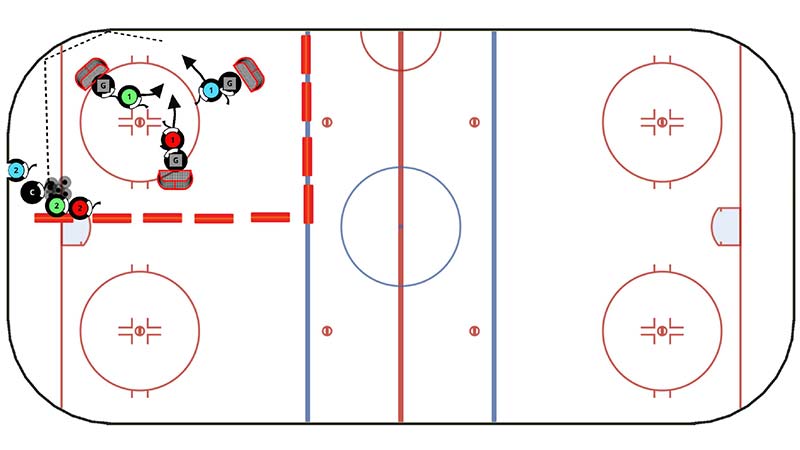 This version of 1 vs 1 vs 1 is played in a sixth ice station for practices that are using six stations. If you have goalies you can use regular sized nets but you can also use mini nets.

Three players will play at one time and each player is given one net they have to protect. The coach will dump a puck into play and each player will compete for the puck. The players will try to score on one of the other player's nets while not letting any goals get scored on their own net. After a goal is scored the coach dumps a new puck into play. After about 90 seconds the coach blows the whsitle and a new set of players enters the game.