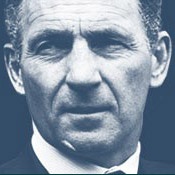 Denis is in the NHL Hall of Fame and former head coach of the Chicago Blackhawks. Currently Denis is an ambassador for the Blackhawks.
Chicago, Illinois USA
https://www.savard18.com

Denis Savard was drafted #3 overall in the 1980 NHL draft by the Chicago Blackhawks. Denis played a total of 1,196 games in the NHL and scored 473 goals and 865 assists for a total of 1338 points. Known for the "Spin-o-rama" Denis was one of the more electrifying players to play the game. Denis was inducted into the Haockey Hall of Fame in November 13th, 2000 and his Blackhawks jersey (#18) was retired on March 19th, 1998.

The Blackhawks hired Denis as the head coach in 2006 and he served as a coach until 2008 and he now works for the Blackhawks organization as an ambassador.

"These videos are designed to make you a better coach as I share with you the knowledge I have acquired in my lifetime of hockey as a player and coach in the NHL. I have filmed over 40 coaching videos for Ice Hockey Systems including some of my favorite drills and NHL style systems.  These videos will give you a complete system that covers every area of the game as well as tips and motivational techniques that will make you a better coach on and off the ice. We will be posting new videos each month, so be sure to check back often. Thanks for visiting and here’s to being a better coach."